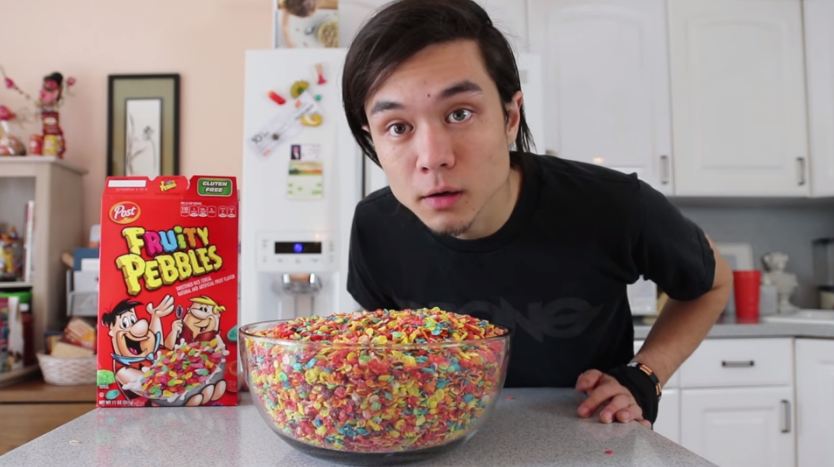 Competitive eating is becoming a popular sport nowadays as people are very much interested to see someone eat loads of food in a short period of time. The awe the eater brings on the viewers’ face is the USP of the competition as we always wonder seeing someone who does things that cannot be done by us. One such man who makes his viewers stand awestruck by his fast eating skills is Matt Stonie, a professional competitive eater. Stay tuned to the space to know more about the life, career, and net worth of Matt Stonie in 2020.

Matthew Kai Stonie was born on May 24, 1992, in San Francisco, California, the United States. He was born to Cathy Stonie and Dorian Stonie and has a younger brother Morgan Stonie. Matt’s ancestors hailed from Japan, Czechoslovakia, and Lithuania. He attended the Evergreen Valley High School located in San Jose, California. In contrast to the quantity of the food he eats, Matt weighs only 59 kilograms and is 5 ft 8 inches tall. He is nicknamed Megatoad by his friends and followers, a character from the Super Mario Bros video game.

The personal life of Matt is yet to be explored, and the speed eater has not yet revealed any information about his current and past relationship status. As there are no rumors about him so far, we assume that he is single right now. It seems that he has love only for eating and not for any woman.

Matt won his first competitive eating tournament in 2010 in Hampton Beach in a lobster roll eating the competition. He made his debut in the Major League Eating in 2011 in Stockton, California at the Stockton Deep Fried Asparagus Championship.

Witnessing the growing popularity of the YouTube, Stonie decided to create his own YouTube channel in which he would upload videos of him eating large quantities of food in a relatively short time. He created a channel named Matt Stonie on August 23, 2012, and posted his first video on August 27 in which he drank one gallon of Gatorade in 37 seconds.

He became very popular through his videos on YouTube as he ate an unimaginable quantity of food in very less time like eating 25 McDonald’s big mac sandwiches in just 22 minutes. His videos were appreciated by celebrities such as Cheech & Chong and Bam Margera who shared his videos on their websites. As of now, his channel has 5 million subscribers and has accumulated over 1 billion views.

In 2015, he competed in the Nathan’s Hot Dog Eating Contest against the contest’s 8-time defending champion Joey Chestnut. Stonie defeated Chestnut by eating 62 hot dogs to chestnut’s 60 and become the new champion. In 2016, Chestnut defeated Stonie by 70 hot dogs to 53.

Stonie has so far held 22 world records in competitive and speeding eating which include eating 43 slugburgers in 10 minutes, eating a 5.5 lb birthday cake in 9 minutes, 85 moon pies in 8 minutes, 34 pepperoni rolls in 10 minutes, etc.

As of now, his net worth is estimated to be $1 million. The main source of his income is his participation in many competitive eating contests. As he has become a familiar figure in competitive eating, most contests pay him for his participation as it would increase the viewers count. Another important source of his income is the YouTube channel he runs and the endorsements he gets through the channel.

Matt first victory in the lobster eating contest that brought him the prize money of $1000 encouraged him to take up eating as his career, which he did with his heart and soul. Given to his capacity and talent, he is expected to become a millionaire soon.