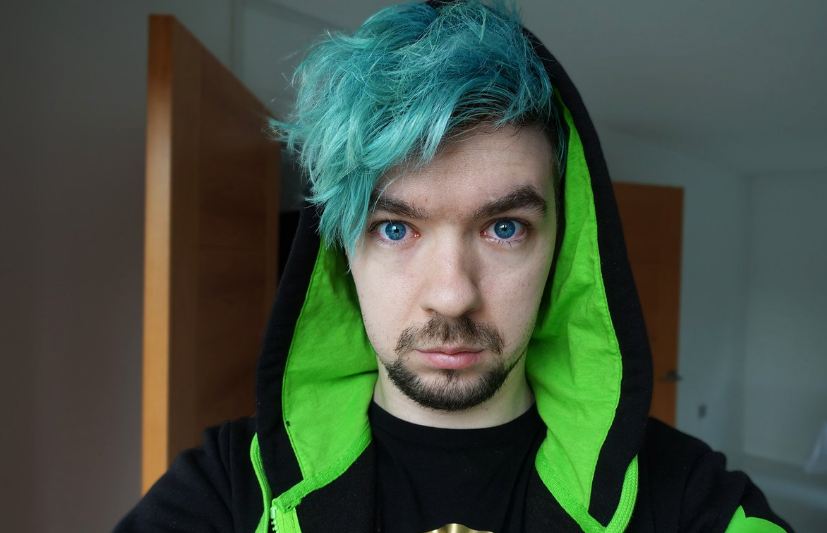 Sean William McLoughlin was born on 17 February 1990, in County Offaly, Ireland. He is the youngest of the five children to his parents with two elder brothers and two elder sisters. It is said that Sean was very much interested in gaming from a young age and was not interested much in studies. He was a drop out from the college he joined first and later completed Hotel Management. Jack used to play drums for the band Raised to the Ground before becoming a YouTube personality.

Jack is in a relationship with fellow YouTuber and digital artist Signe who is from Denmark. The couple is in a live-in relationship for more than three years, and Jack confirmed this through a post on Tumblr. The couple previously lived in Athlone and recently moved to Brighton, England. Signe own the YouTube channel Wiishu and has also appeared in some of Jack’s videos.

Jack started his YouTube career by posting videos on games on his channel Jacksepticeye in 2012. In one of his videos, Jack explained the story behind his name which goes like this; Jack was his nickname used by his mom and other colleagues. When Jack was once playing football, one of his friends injured his upper eye which later led to a septic. He merged jack and septic eye together and formed the name Jacksepticeye.

As a debut YouTuber, Jack initially struggled to make his channel reach the masses. PewDiePie, a fellow YouTube channel mentioned Jack’s channel in one of their videos which helped him gain more views.

In 2017, Jack was signed by Polaris to appear in a TV programming block on Disney XD. The program was aired on 15 July 2017 in Disney XD under the title Polaris: Player Select. The developers of the game The Escapists 2 announced in 2017that Jack will be a playable character in their video game. In 2018, Jack signed a deal with Disney’s Digital Network for doing exclusive content for them on Twitch.

As of now, his channel has amassed more than 19 million subscribers, and his videos have gained over 9 billion views ranking him 37th in the most subscribed YouTube Channels list. In May 2018, he shared a video on his channel in which he was playing the Deadpool game with Ryan Reynolds who performs as the Deadpool in its movie version.

His YouTube channel has so far generated $8 million in revenue, and it is reported that he earns $300,000 monthly. Taking into account, his other endorsements and the contracts mentioned above, his estimated net worth is $10 million.

Jack is not only famous for his comic videos, but he is also very well known for his charity works. In 2016, he along with fellow YouTubers PewDiePie, Emma Blackery, Markiplier, and PJ Liguori raised $1.3 million for Revelmode. From January 2018 to June 2018, he has raised more than $600,000 for charity through his videos, which is the reason why he has such a huge following.