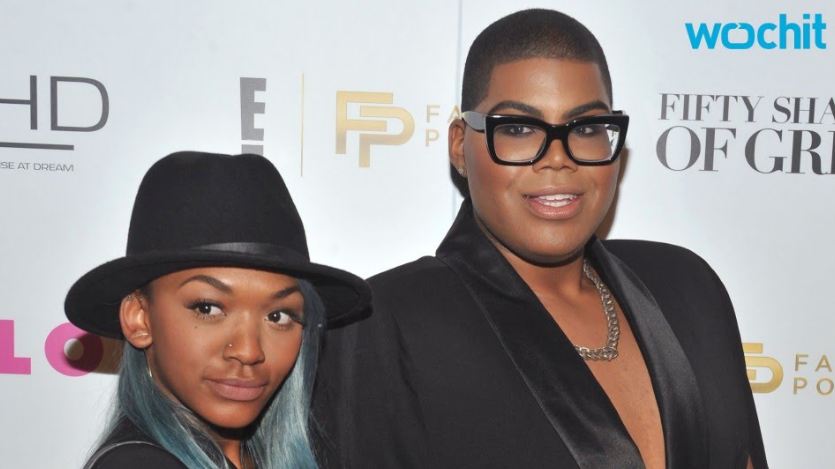 Looks like EJ Johnson is catching up with his father’s fame and limelight, not in basketball though as the lad doesn’t follow his dad’s footsteps. Earvin opted to take the route of becoming an actor and a fashion commentator to reach success.

Perhaps you know a thing or two about EJ Johnson, however, how well do you know about him? For instance, how old is he? How about his height and weight, moreover his net worth? In another case, EJ Johnson might be a stranger, fortunately for you we have compiled all you need to know about EJ Johnson’s biography-wiki, his personal life, today’s net worth as of 2021, his age, height, weight, career, professional life, and more facts. Well, if your all set, here is what I know.

Earvin Johnson was born on June 4, 1992, in Beverly Hills, California. He is the second child of legendary basketball player Magic Johnson and Earlitha Kelly. Earvin has an older brother Andre, and a younger sister Elisa. Johnson studied hospitality in the New York University and was raised as a Pentecostal Christian.

At the age of 17, Johnson declared to his family members that he was a homosexual. Unlike most of the parents, Johnson’s parents accepted his nature and orientation in sex. He announced about his sexual orientation publicly in 2013 which was supported by his family. Johnson is famous for his feminine fashioned style and dressing. He underwent a gastric sleeve surgery in the year 2015 which brought a drastic change in his appearance reducing his weight.

He once said that he thought about a surgery to become a transgender but decided not to against it later. He along with his group of friends that include Kyra Kennedy, Tiffany Trump, Gaia Jacquet-Matisse, and Andrew Warren was nicknamed as the ‘Rich Kids of Instagram’ by the New York Post and ‘Snap Pack’ by the New York Times.

Johnson started his career as a TV series actor in the year 2014 by acting in a role in Rich Kids of Beverly Hills that was telecasted in E!. In this first season, he was a recurring cast member and was included in the main cast in the next three seasons. John went on to star in EJNYC, the first reality series that profiled a LGBTQ person of color. He also started commentating for shows such as New York Fashion Week and Fashion Police for the channel E! He has hosted and commentated on many shows including Hello Ross and The Real. He was also a guest star in Real Husbands of Hollywood Season 4. Johnson in an interview in 2017 said that he is looking forward to pursuing a career in fashion.

He is the son of a legendary basketball player, Magic Johnson whose net worth is considered to be $500-$600 million. Despite growing up as a very rich kid, he worked hard in his own field to garner a net worth of $3.5 million. Thus his personal net worth is $3.5 million as of 2021. His role as an actor and fashion commentator has been the main source of his income so far. Once he was clicked with a Hermes Croc purse in public which is said to have cost around $100,000, which in short describes his wealthy lifestyle.

We would like to conclude this article with a positive note that struck us while looking at the life of young EJ Johnson. Despite, realizing that he is different from others with his orientation and being the son of such a famous personality, EJ never tried to hide his nature and feared the world. He rather stood strong and announced that he is what he is, which is a very bold act and teaches people to prefer their own likings than the society.