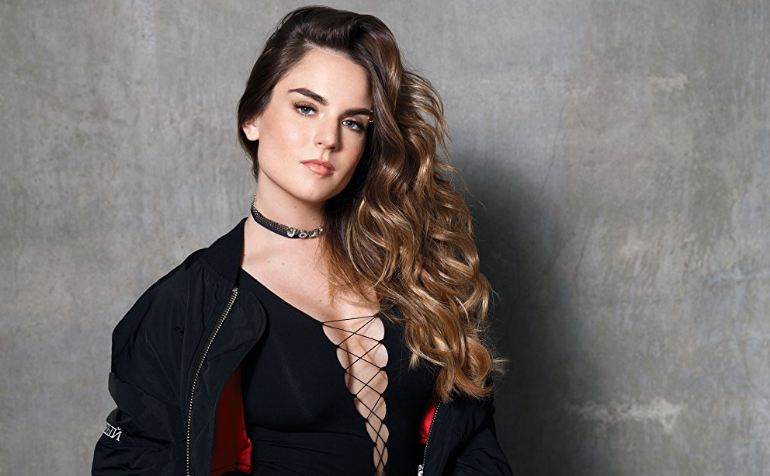 JoJo is a well-known artistic singer-songwriter and actress from the United States of America. Her debut self-titled album “JoJo” ranked on charts in various countries giving her a great career push. You may explore in details below the life, career and net worth of JoJo in 2020.

JoJo birth name is Joanna Noëlle Blagden Levesque. She was born on December 20, 1990, in Brattleboro town in Vermont, United States. Her father Joel Levesque considered singing as one of his hobbies but he passed away in 2015, her mother Diana Blagden participated in a church choir, and she received training at a musical theater. The parents were divorced in 1994 when JoJo was still a child.

JoJo was grown and raised by her mother after her parents’ divorce. She lived in low-income conditions during her early life days. JoJo completed her high schooling in 2009, and she was going to study cultural anthropology at the Northeastern University where she was accepted but did not enroll.

JoJo has never been married, and she doesn’t have any children. She has been in relationships with the musician Jeremiah McConico, soccer player Freddy Adu and with the singer Jeremih. All of these relationships occurred years ago as it seems like she decided to keep her personal life and dating in private.

JoJo released her debut self-titled album “JoJo” in 2004, and it was commercially successful. 2 years later, her 2nd studio album “The High Road” was released and it achieved massive success ranking on top charts in various countries in Europe, US, Japan, and Canada. JoJo’s 3rd studio album “Mad Love” peaked at one on the New Zealand Heatseekers Albums chart next to ranking on other chars in other countries.

JoJo has received various award wins and nominations for her music. She won a total of 3 Radio Disney Music Awards, a Boston Music Award and a Yahoo Music Award next to others. All of the award winnings she had were for her songs “Leave (Get Out)” and “Too Little, Too Late”.

JoJo latest and most recent work includes acting in in an episode of the action comedy-drama series “Lethal Weapon” and working on music for a Motion Picture Soundtrack.

The American singer-songwriter and actress “JoJo” Joanna Noëlle Levesque has an estimated net worth of more than $8.5 million. She earned that from the work she did in music and from the few appearances she had as an actress. JoJo’s studio albums were ranked on top charts in various countries which means that she earned millions from copy sales.

JoJo is a creative and talented singer who received huge international success after released her debut album. Her discography contains around eight studio, extended play and mixtape albums which she received positive reviews for. Overall, it looks like JoJo has been dedicating more time of her life to work rather than to relationships.