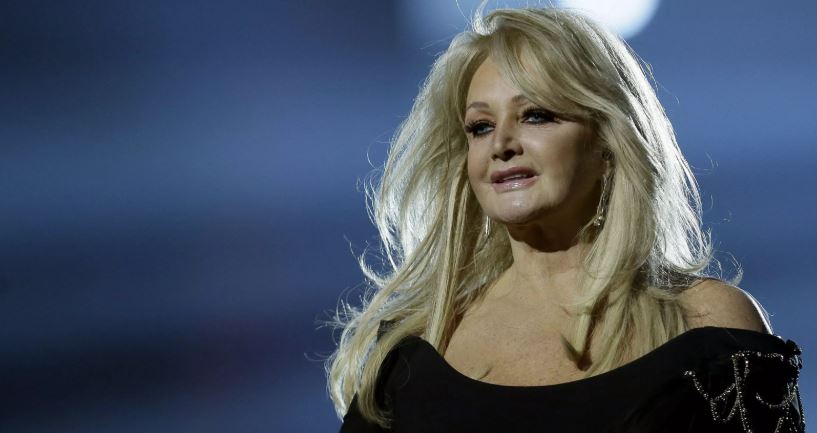 Bonnie Tyler is a famous Welsh singer, songwriter, and businessperson. Bonnie is well-known for her husky voice. Throughout her music career, Bonnie Tyler is most renowned for her several released super-hit albums and singles. Continue reading the estimated net worth of Bonnie Tyler as of 2019.

Bonnie Tyler was born as Gaynor Hopkins on 8th June 1951 in Skewen, Wales, UK, to Glyndwr (coal miner) and Elsie Hopkins (housewife). Bonnie grew up with three sisters and two brothers who exposed her to the Beatles, Elvis Presley, and Frank Sinatra. Her first public performance was when she sang ‘All Things Bright and Beautiful’ as a child.

On 14th July 1973, Bonnie Tyler married Robert Sullivan. He is a real-estate developer and a Judo contestant of 1972s Olympics. The couple has no children.

Bonnie reached the 2nd position in a local talent contest and decided to become a singer. After responding to the newspaper-advertisement, Bonnie ended up as a backing singer for Bobby Wayne & the Dixie. She formed her soul band, ‘Imagination’ under the name Sherene Davis.

In the 1980s, Bonnie Tyler worked with Jim Steinman (rock music songwriter and producer) who wrote ‘Total Eclipse of the Heart.’ Bonnie featured the single in third album ‘Faster Than the Speed of Night’ (1983). It reached no.1 in the UK and Norway. Bonnie Tyler’s single ‘It’s a Heartache’ ranked no.1 in Canada, France, Norway, and Sweden. Also, the same song reached no.3 in the US. Bonnie Tyler became most popular after the release of her single ‘Total Eclipse of the Heart.’

Bonnie Tyler released her album, ‘Rocks and Honey’ (2013) featuring the single, ‘Believe in Me.’ She sang this single when she performed while representing the UK in ‘Eurovision Song Contest’ (2013). In September 2015, Bonnie Tyler played on ‘Best Time Every with Neil Patrick Harris’, NBC television series.

Bonnie Tyler’s singles, ‘It’s a Heartache,’ and ‘Total Eclipse of the Heart’ was certified Platinum. These reached no.1 in six countries including the US. Bonnie Tyler got nominated for 3 Grammy Awards and 3 Brit Awards.

The net worth of Bonnie Tyler is $12 million. Her wealth comes from the sale of her albums and singles. Her super-hit singles – ‘It’s a Heartache’ and ‘Total Eclipse of the Heart’ – each sold over 6 million copies.

Since 1988, Bonnie Tyler and Robert Sullivan own a five-bedroom home in Albufeira, Algarve. Also, they own properties including farmlands in Portugal and New Zealand; twenty-two houses in Royal Berkshire and London; sixty-five stables and boarding arrangements for horses.

Throughout her career in the music industry, Bonnie Tyler has actively participated in several charities. She has performed to raise funds and donate.