The Wealth Record
Home Biography & Net Worth Other Valve Net Worth 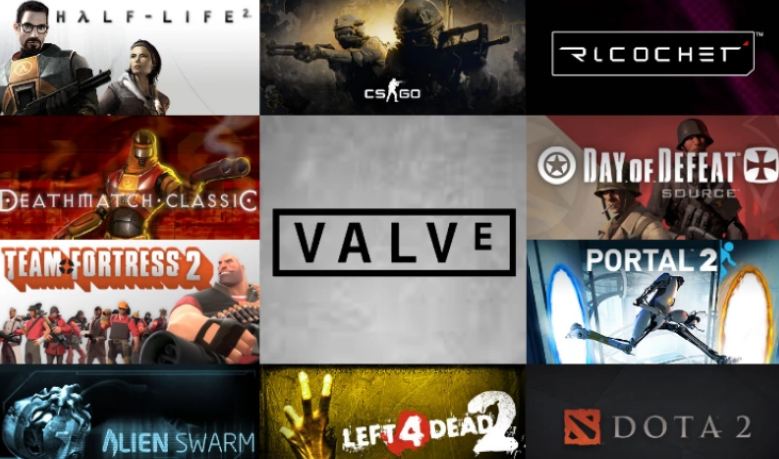 If you are an avid gamer and a lover of games like Counter-Strike or Dota 2, you are obliged to thank its developer the Valve Corporation. Not only Dota 2 and Counter-Strike, but Valve has also developed games such as Half-Life, Portal, Day of Defeat, Team Fortress and many others.

It also boasts the development of Steam, a platform that allows digital rights management for video games. If you are interested to know more information about the Valve Corporation including its net worth, kindly continue reading.

Valve was founded on August 24, 1996, by Gabe Newell and Mike Harrington. Gabe and Mike were former long-term employees of the Microsoft who came out of the company to start their own game developing company. The company was initially named as Valve L.L.C and operated from Kirkland, Washington.

Valve wanted to create a game of the first-person shooter genre and used the Quake Engine and came up with their first game Half-Life in November 1998. The game became a huge success and was both critically and commercially acclaimed. It was termed as one of the most influential games ever by most video game critics, and the First-Person Shooter genre era went on to be evaluated as pre-half-life and post-half-life period.

The company purchased TF Software Pty. Ltd in 1998 to create a unique team fortress game. In 1999, the half-life had its team fortress mode for Quake released. After some turmoil, Harrington left the Valve in 2000.

In 1999, Jess Cliffe and Minh “Gooseman” Le released a modified version of the game Half-Life. Valve hired both of the developers and acquired the game’s creative property. In 2000, Valve released Counter-Strike officially on Microsoft Windows platform. Since then the game was released for many other platforms such as PlayStation and Xbox in many parts so far.

Valve came up with the concept of Steam in 2002, a platform that would allow the gamers to download patches and offer them other community features. Valve launched steam in 2003, which became a huge success which currently has over 33 million daily users.

In June 2004, Valve published Source, a 3-D video game engine along with the Counter-Strike: Source. The company released the second version of the engine titled Source 2 compatible for Dota 2 in 2015.

They released Half-Life 2 on November 16, 2004, which was described as one of the best video games of all time upon the time of its release. In October 2007, the company published Team Fortress 2, a first-person shooter game that can be played as a team.

In January 2008, Value acquired the Turtle Rock Studios and developed the GOG.com. While relishing in success their products brought for them, Valve released Dota 2 on July 9, 2013, the game was very well received by the gamers universally and went on to break many records.

Valve Corporation won the March Mayhem tournament in 2010 by The Escapists Magazine, a tournament for the best game developer title. Dota 2 won the IGN’s People’s Choice Award in 2011 and was listed in the greatest video games of all times list by many magazines and websites. Their Half-Life has won over 50 Game of the Year awards so far. Valve is credited as the most profitable company per employee in the United States.

In 2005, Forbes announced that the company had grossed over $70 million that year and its worth in 2011 was said to be around $2 billion which rose to $3 billion in 2012. As the company has not yet declared their value publically so far. We assume that their net worth will be around $8 billion, considering their previous year values.

Since its inception, Valve has strived hard continuously to come up with innovative ideas and games that will keep the gamers glued to their screens. They have played a huge part in entertaining the globe, and we wish them all luck with their future endeavors.