The Wealth Record
Home Biography & Net Worth Other Samsung Net Worth 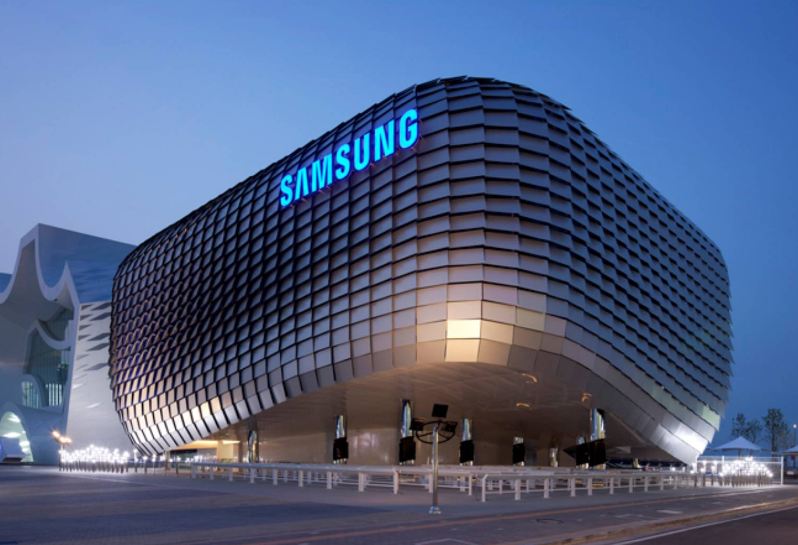 People all over the world know Samsung. In the smartphone market, its only rival is Apple. However, what most people do not know is that smartphones are just one product of Samsung Electronics, which is an affiliated division of Samsung. Samsung Electronics is the world’s largest IT and consumer electronics company. Samsung has many more such divisions, so one can imagine how big Samsung is, as a company.

Samsung is the largest of the South Korean multinational conglomerates known as the chaebols. Samsung’s revenue is almost one-fifth of South Korea’s GDP. It has its headquarters in Samsung Town, Seoul.

Samsung has the 6th highest global brand value and ranked as the 14th largest company in the world in 2018. Samsung achieved $225 billion in sales, $41 billion in profit, $293 billion in assets and a market cap of $326 billion in 2017. Continue reading to gain information regarding the net worth of Samsung in 2020.

Samsung was founded in 1938 by Lee Byung-Chul from Daegu city of South Korea, who belonged to a large landowning family. The company was called Samsung Sanghoe and started as a small trading company dealing in dried-fish, groceries, and noodles, with forty employees.

In 1947, the company grew big, and Lee moved the head office to Seoul. But due to the Korean War, he had to move out of Seoul. He founded a sugar refinery in Busan. Later he founded the largest woolen mill in Daegu.

Lee wanted to establish Samsung as a leader in a diversified range of industries. Samsung diversified into many different areas such as insurance, securities, and retail. Later Samsung Group also entered the electronics industry in the late 1960s. Lee created several divisions in diversified areas, such as Samsung Electronics Devices, Samsung Electro-Mechanics, Samsung Corning, etc. It created the manufacturing facility in Suwon.

Samsung Electronics launched its first electronics product, which was a black-and-white television set. Samsung never looked back after this as it began climbing to greater heights in the electronics industry.

In 1980, Samsung acquired the company Hanguk Jeonja Tongsin, which was into telecommunication and manufactured switchboards, phones and fax. These and a few more companies were grouped together as Samsung Electronics, which later became one of the largest manufacturers of mobile phones.

After 1987, post-demise of the founder, Samsung Group was divided into four business groups—Samsung Group, Shinsegae Group, CJ Group and the Hansol Group. These groups are now independent entities.

Samsung also manufactured motor vehicles, but later its 80.1 % stake was sold to Reynolds in 1997. Samsung even manufactured aircraft, but now only manufactures aircraft engines and gas turbines.

In 2000, Samsung started an R&D center in Warsaw, which worked in the area of set-top-box technology, digital TV, and smartphones. It later developed into the Samsung Galaxy line comprising of Samsung Note and Samsung Edge.

In 2006 in collaboration with Sony, S-LCD was established as a 51-49 JV with manufacturing facility at Tanjung. Samsung later acquired Sony’s stake in the JV.

In 2011, Samsung Electronics sold its HDD business to Seagate. In 2012, there was a setback as American jurors ruled that Samsung had to pay Apple $1.05 billion in damages for violating six of its patents on smartphone technology.

In January 2016, Samsung announced that it would be working with Microsoft to develop IoT devices based on Windows 10. Samsung also released Gear Icon X, wireless earbuds and Gear Fit 2, a fitness smartwatch.

In August 2016, Samsung launched the Galaxy Note7 smartphone. However the phones were recalled as there were reports of its batteries exploding, and Samsung stopped production of the smartphone. In 2016 Samsung also launched Gear S3 smartwatches.

Samsung’s construction vertical has built the Petronas Towers in Malaysia, Taipei 101 in Taiwan and the Burj Khalifa in Dubai.

As of today, the only nearest rival that Samsung has in the smartphone business is Apple. However, Samsung is far ahead of any company in total smartphone sales.

During the year 2017, Samsung achieved a sales revenue of $225 billion and reaped a profit of $41 billion. Samsung has a market capitalization worth $326 billion. The net worth of Samsung is pegged at $295 billion.

A company as big as Samsung has considerable influence on South Korea’s economic development. Samsung has also affected South Korea’s politics, media, and culture. Samsung is credited to be a major driving force behind the Miracle on the Han River. This phrase refers to the period of rapid economic growth in South Korea following the Korean War.