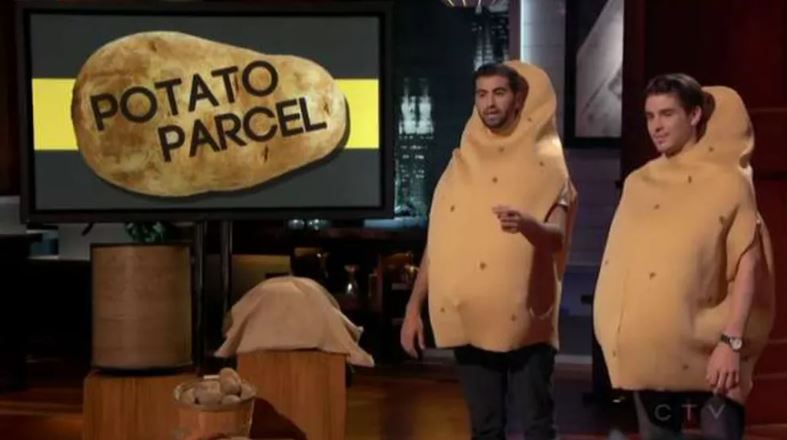 You may find this weird and stupid, but people seem to love this idea, and the person who runs this business makes more than $25,000 profit each month. Potato Parcel is a company based in America that deliver potatoes with personalized messages. If you want to wish someone for their birthday, you can simply go to potato parcel website and place an order with your personalized message. The company will deliver the potato containing your message to the recipient. Neither interesting nor boring, isn’t it? Let us have a look at the net worth of potato parcel in 2020 and its history.

Alex Craig, a mobile app developer, came up with the idea of potato parcel in 2015. He shared the idea with his girlfriend who instantly labeled it stupid like anyone else would have done. Craig believed in his idea and founded the company in May 2015. Craig bought potatoes from the nearby Walmart store and charged $9.99 for large potatoes and $7.99 for medium-sized potatoes. He promoted his company on Reddit and on the second day, he got $2000 worth orders. He made $10,000 to $13,000 in profit each month, and the company slowly started to gain popularity on the internet.

Alex met Riad Bekhit, who was running an e-commerce business in a chat room and Bekhit started to help out Craig with his business. In October 2015, Bekhit acquired Potato Parcel from Craig for $42,000. Craig and Bekhit appeared on the American reality show Shark Tank in 2016, and the idea of their business amused the whole set.

The investors in the show including billionaire Mark Cuban and Lori Greiner found this idea stupid, but Kevin O’Leary was impressed with it after hearing that the business bought $25,000 per month. He came forward to invest $50,000 in the business, and he has also mentioned in an interview that Potato Parcel is one of his top 5 favorite investments. Since then the company is run by Riad Bekhit until now, who says that it is great and that is why he is still in the business. There are seven full-time employees in the company to create potato designs and manage orders.

Potato Parcel has not yet received any awards, but it has inspired several people to emulate the business concept. An Australia based company of the same name operates on the concept of this business, and there is another company named Brick or Potato which sends messages on bricks or potatoes. Another company named Eggplant Mail delivers messages on eggplants.

The success of Potato Parcel says that even mediocre ideas will pay us if we try executing it wholeheartedly rather than mulling over it with the fear of failure.