The Wealth Record
Home Biography & Net Worth Other Faker Net Worth 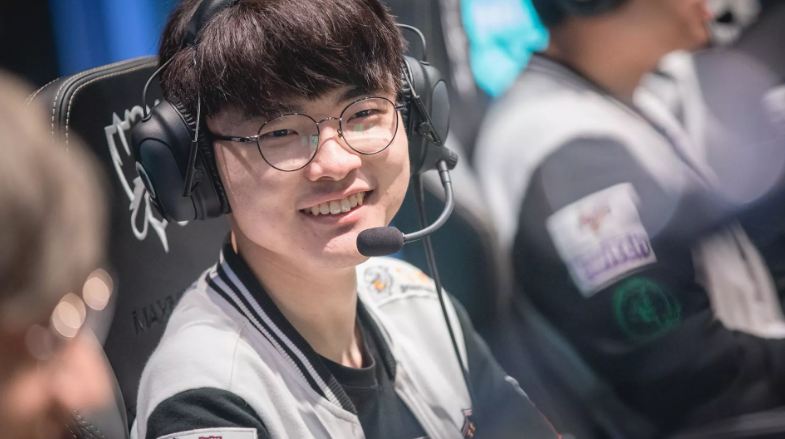 Faker is the most popular Professional League of Legends player in South Korea who is regarded as the best League player of all time. He has the ability to play any champion at a top professional level and he was eminent for his high mechanical skills at the game.

He won numerous awards and honors during his professional gaming career. To know more about Faker and his net worth in 2020, keep reading the following article.

Lee Sang-Hyeok is the real name of Faker, who was born on May 7, 1996, in Seoul, South Korea. He grew up in Gangseo District, Seoul, along with his brother and was raised by their grandparent’s and their father named Lee Kyung-Joon.

Since childhood, Faker always loved to play puzzles and video games which also include custom maps for WarCraft 3 and the MOBA Chaos. Later in 2011, he found out about the League of Legends and quickly became an expert at the game. In order to join SKT, he dropped out of high school.

Faker was the youngest child in the family. He has an elder brother, and both the brothers were raised by their father and grandmother as their mother is not present in their lives. Faker wishes to continue his studies once his e-sports career is over. He does not wish to speak much about his personal life because of his shy nature.

Faker started his career with SK Telecom T1 K who picked him as their starting Min Laner. He started his active participation after the dropout from his high school and led SK Telecom T1 K to win their first League of Legends World Championship. Because of his perfect outplay against KT Rolster Bullets Min Laner Ryu Sang-Wook, Faker cemented his status as a brilliant player.

SKT T1 K continued their success in the OGN winter season in 2014, making the entire team run without dropping a single game. Then the team competed with All-Stars Paris 2014. However, the team failed to qualify for League of Legends World Championship 2014. This caused SKT T1 K and SKT T1 S to merged, and the new team was formed which is named under SKT T1.

Most of the South Korean players left for China in the next season, as they offered more salaries than the Korean teams. But Faker refused the offer and instead chose to play for SKT. In 2016 season, the team won a huge success in the LoL Champions Korea Spring Split, which ultimately led to direct entry into the 2016 Mid-Season Invitational.

Faker has won many individual awards and honors during his professional gaming career. He was honored as Best Esports Player by the Game Awards in 2017. He even won two Pandora TV Awards along with two Hot Six Awards. In 2015, Faker was awarded the Republic of Korea e-sports Legends League which is the Most Valuable Player Award. He also won the World Championship Most Valuable Player in 2016.

The estimated net worth of Faker is around $4 million. He made all this fortune only through his amazing gaming skills. During his programming career, Faker has made more than $1,000,000. However, according to reports, SK Telecom T1 currently pays Faker $2.5 million per year. It has also been stated that Faker has earned prize money worth $1.2 million.

Faker’s talents are extraordinary, and they are never questioned because of his victories and his never give up attitude. He believes that the two flower pots in his house can help him to relieve his stress. He was regarded as the Lionel Messi of the League of Legends by E-Sports journalists.