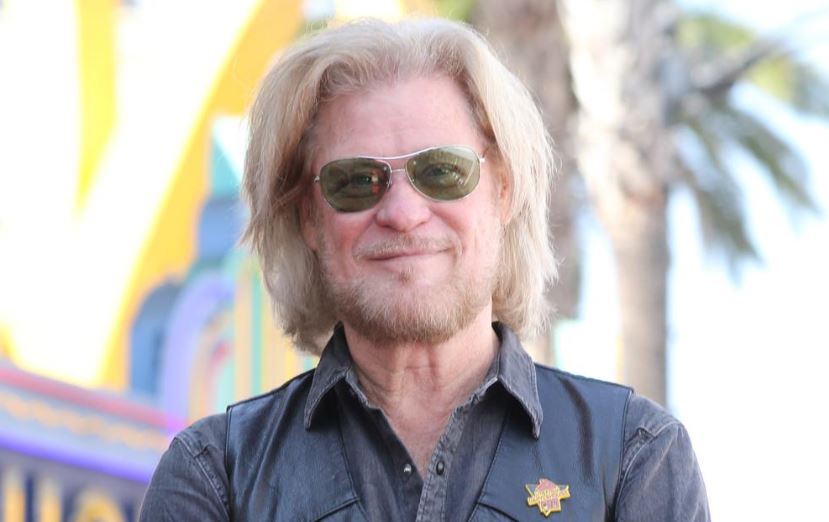 Daryl Hall’s original name is Daryl Franklin Hohl. He is a popular American musician, and the co-founded of Hall & Oates. He is a rock and soul singer. Daryl is also a keyboardist, guitarist, producer, and songwriter. He is famous as one of the best soul singers of his time. Today, let’s learn more about the career, biography, and net worth of Daryl Hall in 2020.

Daryl was born in Pennsylvania on 11th October 1946. He was inspired by his parents as his father was a professional singer and his mother was a vocal coach. Daryl did his schooling from Owen J. Roberts High School. He went on to attend Temple University and did a major in music. During his first semester, he formed the vocal group named the Temptones. It was when he met John Oates at Temple University, the thought of forming a professional band came, and they co-founded Hall & Oates as a musical duo.

In 1969, Daryl Hall got married to Bryna Lublin. The couple divorced in 1972. He was in a long-term relationship with Sara Allen. They dated each other from 1971 till 2001 and were never married. Despite their break-up, the two continued to be good friends. In 2009, he married Amanda Aspinall. They ended their relationship in 2015. Hall has got a son named Darren Hall from his relationship with Andrea Zabloski. He is known for restoring historic homes and has bought several homes in the past.

Daryl Hall met John Oates in 1967. In 1972, they formed the musical duo Hall & Oates and got signed to Atlantic Records. That same year, they released their debut album called ‘Whole Oats’. The following year, they released their first platinum album ‘Abandoned Luncheonette’. In the 1970s, the duo released the albums ‘War Babies’, ‘Daryl Hall & John Oates’, ‘Bigger Than Both of Us’, ‘Beauty on a Back Street’, ‘Along the Red Ledge’, and ‘X-Static’. Their albums from the ‘80s were ‘Voices’, ‘Private Eyes’, ‘H2O’ , ‘Big Bam Boom’, and ‘Ooh Yeah!’.

Hall & Oates’ other albums include ‘Home for Christmas’, ‘Our Kind of School’, ‘Do It for Love’, ‘Marigold Sky’, and ‘Change of Season’. They have also released many live albums like ‘Sara Smile’, ‘Sweet Soul Music’, and ‘Ecstasy on the Edge’. The duo has also released 27 compilation albums and 63 singles. Some of their hit singles include “Sara Smile”, “She’s Gone”, “Rich Girl”, “Kiss on My List”, “Private Eyes”, “Maneater”, “Out of Touch”, “Everything Your Heart Desires”, and “I Can’t Go got That”. They have been inducted into the Rock and Roll Hall of Fame and Songwriters Hall of Fame.

As a solo artist, Hall released ‘Sacred Songs’ in 1980. This was followed by ‘Three Hearts in the Happy Ending Machine’ and ‘The Classic Ballads’. His other albums are ‘Laughing Down Crying’, ‘Can’t Stop Dreaming’, and ‘Soul Alone’. In 2010, he was nominated for the Grammy Award. He has also received a Star on the Hollywood Walk of Fame. Apart from that, Hall has written or produced many other songs.

He has been hosting the webcast called ‘Live from Daryl’s House’ since 2007. His webcast has featured many popular celebrities. He was the host of the 2010 New Year’s Eve for WGN America. The songs written by him have peaked at No. 1 on several occasions and have also been the lead singer of several songs which reached at No. 1 on the Billboard charts.

How much net worth do you expect from one-half of one of the most popular American musical duos? Well, he has a net worth of over $45 million which have come from his albums while working in solo as well as duo projects. He has released 7 albums and double-digit singles. Besides, he has hosted many online shows and webcasts. His luxurious house was showcased in Live From Daryl’s House episodes.

After 2011, he was retired from music recording. It is one of the most versatile American musicians of all time. He had an equal grip on vocals, guitars, and keyboards. However, he is still performing live along with John Oates in various parts of the world.