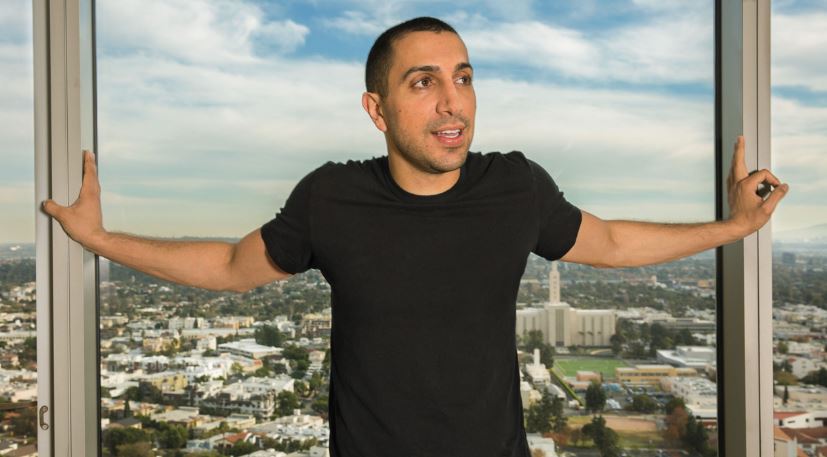 Sean Rad is an entrepreneur from America who is the founder of the world’s most downloaded dating app “Tinder”. The app is valued for more than $3 billion and is one of the top-grossing apps in the App store. Today, let’s learn more about the career, biography, and net worth of Sean Rad in 2020.

Sean Rad was born in Beverly Hills, California in the year 1986. His parents were Iranian immigrants who settled in the US in the early 1970s. His father used to work in a consumer tech industry. Rad was interested in technology and electronics since he was a child.

Seeing his enthusiasm, his father gifted him a mobile handset when he was 13 years of old. As a teenager, Rad was highly influenced by the music group “Coldplay” and formed his own band. He went to the University of Southern California and later attended Marshall School of Business to complete his studies.

Rad started dating Alexa Dell in 2012 who is the daughter of billionaire Michael Dell. They first met each other in the same dating app which was made by him.

Sean Rad started his career very early in his teenage years when he founded the mobile messaging company “Orgoo” in the year 2005. Till the end of 2008, he served as the CEO of the company. The following year, Rad founded another company which was known as “Ad.ly”.

He worked for the company till 2012 and later he co-founded “Tinder, Inc.” in the same year which is considered the best dating app for the current generation.

In 2014, then VP of marketing, Whitney Wolfe filed a case against him and the company Tinder for sexual harassment. Due to the charges, he was forced to step down as the CEO of the company. Rad regained his position in 2015 but stepped down the next year. He currently is the chairman of Tinder and also heads the startup “Swipe Ventures” which focuses on identifying companies that can help Tinder grow.

Rad’s company Tinder has won several awards including the “Best Dating App” in the App Store and Google Play Store. In 2013, it also won the “Best New Startup Award” at the TechCrunch’s annual crunchy awards. As of today, the app is still very popular among youngsters and has become a cultural phenomenon.

Sean Rad has an estimated net worth of somewhere around $1.2 billion. Most of the huge wealth and fortune is the result of the success of his dating app, Tinder. He has also co-founded many other startups including Orgoo, Ad.ly and many more which also earned him millions of dollars. The app Tinder is being used by millions of people all over the world for casual as well as serious relationships.

Sean Rad is considered one of the top entrepreneurs of the current generation. He has been able to disrupt the traditional dating services and made something which is loved by people in the entire world.