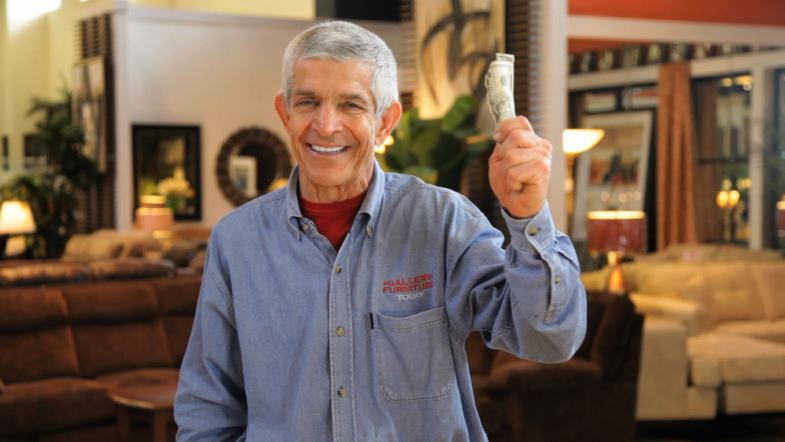 Mattress Mack is the professional name of James Franklin McIngvale. He is a famous American entrepreneur and philanthropist. Mattress Mack is most renowned as the owner of the Gallery Furniture retail chain. Also, he is well-known for running the business. Continue reading to find the estimated net worth of Mattress Mack as of 2019.

Mattress Mack and his wife, Linda McIngvale, have three children named Elizabeth McIngvale, James McIngvale, and Laura McIngvale. At age 12, Elizabeth was diagnosed with obsessive-compulsive disorder (OCD). At one point in time, doctors claimed that Elizabeth was beyond any treatment. When she was 15 years old, Elizabeth was sent to the Meninger Clinic. There, Elizabeth underwent Exposure Response Prevention Therapy to manage her OCD. Later, Elizabeth became an assistant professor of Psychiatry and Behavioural Sciences at the Baylor College of Medicine. Also, Elizabeth founded a non-profitable organization called ‘Peace of Mind Foundation’ to help people with OCD.

Gallery Furniture retail chain sells around $200 million a year. It was ranked in the list of Top 100 Furniture Retailers of ‘Furniture Today’ for several years. This Company promoted the Super Bowl XLVIII. If the Seattle Seahawks won, then the Company would refund any purchase over $6,000. When the conditions were fulfilled, the Gallery Furniture had to refund $7 million for furniture purchases. Mattress Mack offered promotions for Houston Astros that required winning 63 or more games during 2014 seasons. Mattress Mack promised to refund the first 500 customers who purchased furniture worth $6,300 or more.

Mattress Mack (Jim McIngvale), Thomas Duening and John Ivancevich co-authored a book entitled ‘Always Think Big’ (2012). The book is on the history of Mattress Mack’s business and its ups and downs.

The net worth of Mattress Mack (Jim McIngvale) is $80 million. Most of Mattress Mack’s fortune comes from his ownership and running the Gallery Furniture retail chain. Also, Mattress Mack has earned from the sale of his co-authored book entitled ‘Always Think Big’ published in 2002. Mattress Mack is popular for his sales slogans such as ‘Saves you money!’

Mattress Mack is a well-known philanthropist. He donated $50,000 of his own money to the Salvation Army (2007). He donated to Houston Medical School of the University of Texas Health Science Centre. His funds were used towards the first Mobile Stroke Unit of the US (2014). In August 2017, Mattress Mack opened two Gallery Furniture stores to provide shelter for victims of the Hurricane Harvey.