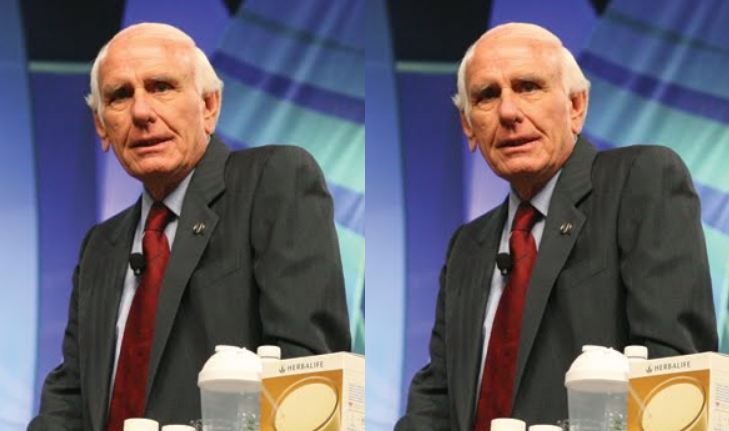 Whenever you feel down or unmotivated, you tend to look for motivation, and there are a whole lot of people who have dedicated their lives to motivate fellow human beings. Jim Rohn is one of them, and his words have lifted many people who felt devastated at different points in their lives. Let us have a glance at the life, career and net worth of Jim Rohn in 2019.

Emanuel James Rohn was born on September 17, 1930, in Yakima, Washington, the United States. His parents Emanuel Rohn and Clara Rohn owned a farm in Caldwell, Idaho and Jim was their only child. He spent his childhood days growing up in the farm owned by his family and later became a college drop as he could not gel enough with studies.

Exact information about the personal life of Jim Rohn is still a question mark, and there isn’t any information available about his wife or children. Researching about his marital life provided us the information that he was married and even has children, but their names could not be found. He is said to have struggled a lot financially to run his family during the initial stages of his career.

While Jim was working in a departmental store as a human resource manager, he was asked to attend a lecture from John Earl Shoaff by his close friend. The words of John inspired Jim a lot as a result of which he joined his company AbundantVita as a distributor in 1955.

Resigning his job in 1957, Jim joined Nutri-Bio and was guided by Shoaff which helped him in building an organization within the company. In 1960, Nutri-Bio extended its services to Canada and Rohn was appointed as its Vice President.

Rohn was once invited to give a speech in his rotary club, and people listening to him were greatly inspired by his speech, and he was invited to speak in many such events. His speeches and motivational stories were very well received which made Rohn one of the best speakers in the United States.

Rohn went on to host many seminars for the Standard Oil and also conducted many personal development seminars under the program Adventures in Achievements. He conducted many seminars around the world and was awarded the CPAE Award for excellence in Speaking by the National Speakers Association in 1985.

He has also written many books including My Philosophy for Successful Living and The Power of Ambition. Some of the famous people who have credited Rohn for their success are Mark R. Hughes, Tony Robbins, Jack Canfield, and Mark Victor Hansen.

His successful career as an entrepreneur and a motivational speaker made him one of the richest people in the United States. His net worth before his death was estimated to be $500 million.

Jim Rohn died on December 5, 2009, due to pulmonary fibrosis, but the disease could only get his body beneath the earth and not his words. His quotes still continue to inspire many people and “If you don’t like how things are, change it! You’re not a tree” is one of my favorite quotes from him. Only a few manage to live even after their demise, and Jim Rohn is one among them.