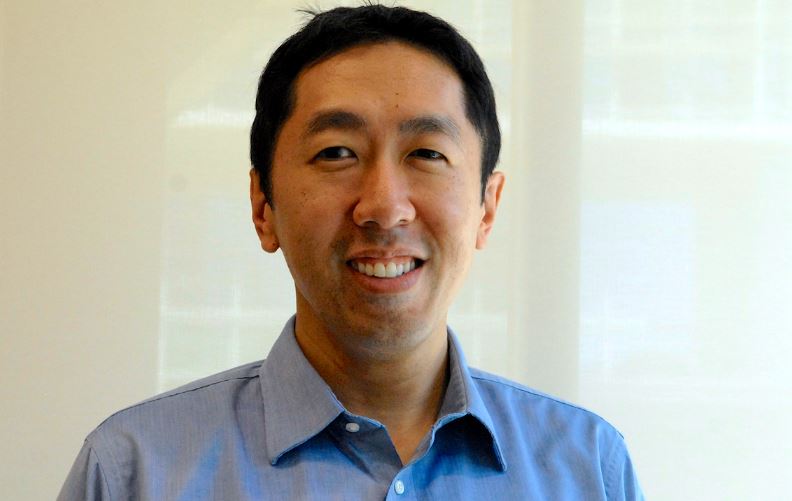 Andrew Ng is a well-known Computer Scientist and Entrepreneur who was one of the founders of the Google Brain. He was the chief scientist at Baidu who built its artificial intelligence group to several thousand. In 2008, he started the online education program Stanford Engineering Everywhere through which he gave access to many Stanford course for free online. Let us have a brief look at the life, career, and net worth of Andrew Ng in 2019.

Andrew Ng was born on April 18, 1976, in London, United Kingdom. His parents hailed from Hong Kong, and Andrew went on to spend a few years in Singapore and Hong Kong. He attended the Raffles Institution in Singapore and then studied computer science at the Carnegie Mellon University in Pennsylvania. He later earned a master’s degree from the Massachusetts Institute of Technology in 1998 and a Ph.D. from the University of California in 2002.

Andrew met his wife Carol E. Reiley in 2009 at the IEEE International Conference in Japan, and the two started to see each other since then. Carol is a roboticist and computer scientist who is the president of drive.ai. The couple announced their engagement in March 2014 on IEEE Spectrum and got married the same year.

He left Google in 2012 and co-founded Coursera along with Daphne Koller. Coursera offers free online courses and has educated several million students. Andrew joined Baidu as its chief scientist in 2014 and researched on Artificial Intelligence.

Andrew launched the website Deeplearning.ai which hosted online classes and later launched Landing.ai which brought Artificial Intelligence into factories. He resigned from the post of Chief Scientist at Baidu in 2017 and in 2018 he raised $175 million through AI Fund for investing in start-ups. Andrew is currently the chairman of Woebot and a board member of drive.ai.

He has so far published around 150 papers on AI, robotics, and machine learning. In 2013, he was listed in Times 100 most influential people and in 2014 he was included in Fast Company’s most creative people in the business. He has also won the IJCAI Computers and Thought Award in 2009.

He has worked at some of the top companies in the world like Google and Baidu which would have paid him in millions during his tenure with them. Apart from working for others, he also has his own online learning platform which would also generate him millions every year. Though there is no authentic information about his net worth available over the internet, we guess that he must be worth more than a $100 million.

Andrew Ng distributed his book Machine Learning Yearning for people who are interested in learning about machine learning for free which shows the love he has for educating others.