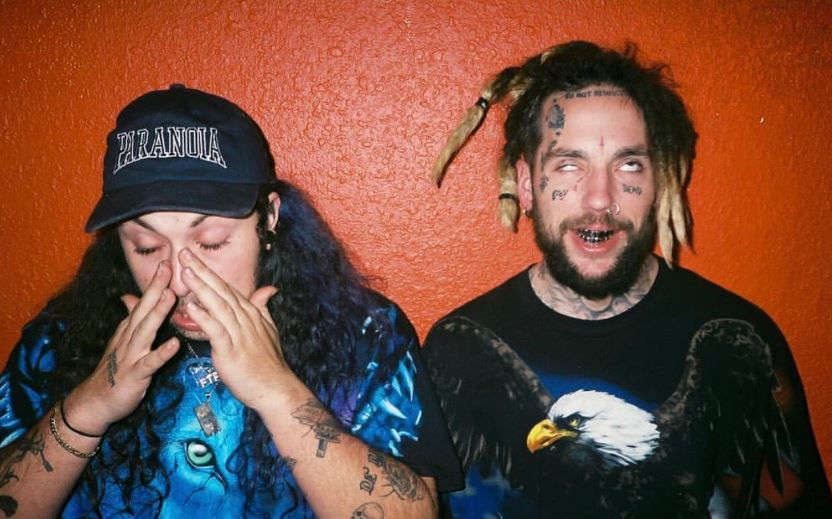 $uicideboy$ is a hip hop duo from the United States who comprises Ruby da Cherry and $crim. They have released many EPs and one studio album. They have their own record label called ‘G*59 Records’. They became popular for their self-produced, harsh and abrasive lyrical content. However, they have been criticized for offensive image and for the insinuations of devil worship. They have also been accused of copyright infringement by deadmau5. Here is a quick summary of $uicideboy$’s net worth in 2020, career and earnings.

The original member of the duo Aristos Petrou (Ruby da Cherry) and Scott Arceneaux Jr. ($crim) are cousins. They founded Suicideboys in 2014. The duo is also sometimes stylized as “$UICIDEBOY$”. In 2014, they released many EPs including ‘The $uicide $aga’, ‘The Black $uede $aga’, ‘The Budd Dwyer $aga’, and ‘The Trill Clinton $aga’. They have also released many other EPs including ‘Grey Sheep’, ‘Gray’Grey’, ‘Now the Moon’s Rising’, ‘Eternal Grey’, Dark Side of the Clouds’, ‘The Infinity Saga’, ‘The Vulture Saga’, ‘The Dark Glacier Saga’, ‘Radical $uicide’, and ‘High Tide in the Snake’s Nest’.

The duo has not only restricted to EPs but has also released a compilation album in September 2016. Their most charted EP was ‘Radical $uicide’ in 2016. Their debut studio album called ‘I Want to Die in New Orleans’ became available from September 2018. It included the singles “Long Gone (Save Me from This Hell)”, “Meet Mr. NICEGUY”, “FUCK the Industry”, “Bring Out Your Dead”, “Nicotine Patches”, “WAR TIME ALL THE TIME”, “Phantom Menace”, and “Krewe du Vieux (Comedy & Tragedy)”.

Their music features various genres of rap, and their songs include melancholy tunes. Suicideboys’s music focuses on depression and about its symptoms. They have mostly self-produced their music especially by Arceneaux under the pseudonym “Budd Dwyer”.

As most of the songs of the duo are based on depressions, they have been criticized by music critics. Their debut studio album which was released in September 2018 appeared in several charts across the world. The album appeared at No. 9 at the US Billboard 200. It peaked at No. 10 at the Australian Albums. It also appeared in Canadian Albums, Finnish Albums, Dutch Albums, Swiss Albums, New Zealand Albums, and Belgian Albums. However, the duo has not received any award till date. But they have been active in their career for only four years and could do wonders in the future.

Since the hip hop duo has recently released a studio album, they have not witnessed commercial success. However, the duo from Louisiana has got a net worth of over $1 million. They are related to each other and have released a number of mixtapes in their career. Their individual net worth stands at $500,000 each.

There is plenty of time for the cousins to increase their net worth. They are very new in the music industry and can release many albums in the future. They were influenced to music by Three 6 Mafia, Kanye West, and Cash Money.