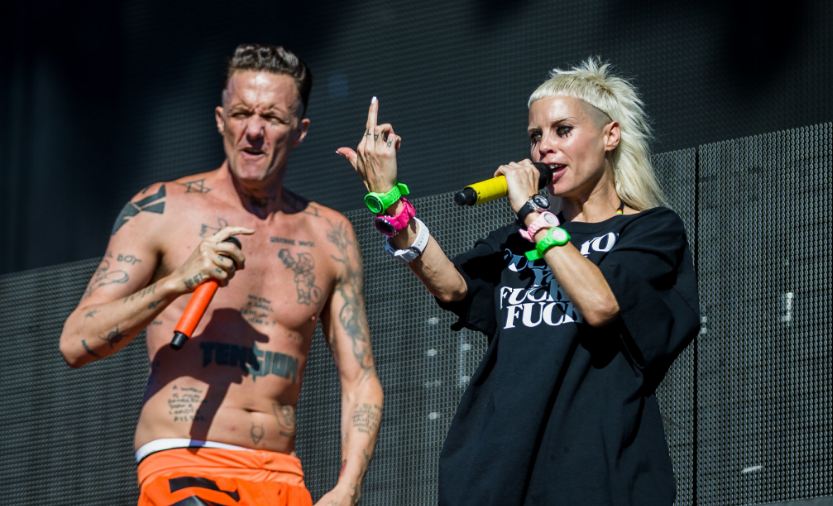 Die Antwoord is a popular South African Hip Hop group comprising a male/female rapper duo Ninja and Yolandi Visser and their producer DJ Hi-Tek. The group released its first album in 2009, and since then it has released four studio albums so far, and their fifth album is due for release in 2018. Originating from Cape Town, South Africa, the group mainly concentrates on the genres of hip-hop and electronic dance. Scroll down to know more details about the net worth of Die Antwoord in 2020.

In 2008, Ninja, Yolandi Visser, and DJ Hi-Tek formed a Hip Hop group and named it Die Antwoord which in Afrikaans mean The Answer. They started their own website and released their first album $O$ for free download on June 6, 2009. The album was very well received by the masses, and their single Evil Boy has garnered over 28 million views so far. They signed with Interscope Records and in 2010 Die Antwoord staged their first international concert at the Coachella Music Festival.

Die Antwoord terminated their contract with Interscope Records following conflict and started their own label Zef Records. In 2012 Zef Records released Die Antwoord’s second studio album Tension followed by the single Xpensiv Shit. The group went on to tour across Europe after the release of Xpensiv Shit and released a new single titled Cookie Thumper.

On June 3, 2014, they released their third studio album Donker Mag through Zef Records after which the group announced its collaboration with DJ Muggs for a mixtape titled Suck on This. In 2016, their 4th studio album entitles Mount Ninji and da Nice Time Kid was released and the albums first video Banana Brain has attracted more than 20 million views. The group is currently working on their fifth studio album which they named The Book of Zef in 2017 and changed it to 27 later. The first single of the album Love Drug was released in 2018.

Die Antwoord won the Myspace Best Music Video award for their video Enter the Ninja in 2010. In 2014, they won the All Music Favorite Rap and Hip-Hop Albums award for their album Donker Mag. The group has also made many videos that have garnered over 20 million views over the internet.

Having released four studio albums so far and released many singles and music videos collaborating with famous artists, the net worth of the group is estimated to be $6.5 million. In addition to this, the group has also done tours and has performed in live concerts which will also account greatly to their above-mentioned net worth. With their recently released album, they are surely going to boost up their net worth in coming years.

Die Antwoord predominantly promotes the Zef culture, and as a result of its unique style, the group has managed to amass a very good fan following both within and outside South Africa. Considering the talent and quality of its members, the group is expected to reach more heights in the future.