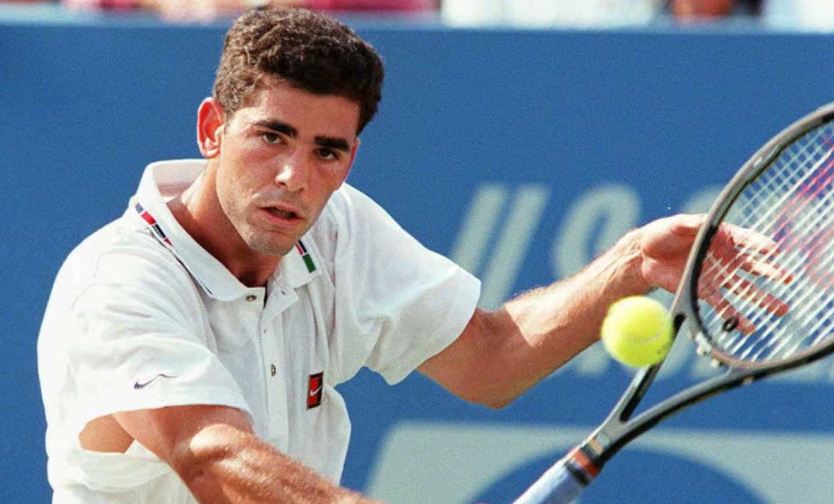 One of the greatest names in men’s tennis, Pete Sampras has indeed left a legacy in the sport. He was active in his career till 2002. He has won a total of fourteen grand slams including seven Wimbledon titles. His record was surpassed in 2009. He is a former world No. 1 player from the United States and has won many other titles. Keep reading to know more about the net worth of Pete Sampras in 2020.

Pete Sampras was born in 1971 in Washington, D.C. He is the son of Georgia Sampras and Scoterios Sampras. He is known to have Greek ancestry. He was the third child of his parents and used to attend the Greek Orthodox Church. He began playing tennis when he was three years old. In 1978, he moved to California’s Palos Verdes to play tennis.

He went to Palos Verdes High School and was very much dedicated to tennis. He considered tennis legend Rod Laver as his idol. He was later spotted by tennis enthusiast Peter Fischer. As a teenager, he used to train with Robert Lansdorp.

In 2000, Pete Sampras got married to Bridgette Wilson, who is the winner of Miss Teen USA 1990. The couple has two children named Christian Charles and Ryan Nikolaos. He lives with his family in Lake Sherwood. He was also known to be in a relationship with Kimberly Williams-Paisley in the late 1990s. In 2008, he lent his support to John McCain and is a Republican. His sister, Stella is the women’s tennis coach in the University of California Los Angeles.

He had a very poor season in 2002 and officially announced his retirement in 2003. He is known for his rivalry with fellow American Andre Agassi. However, his weakness was clay court, where he failed to win even a single French Open title. He has won several awards and in 2007, he was inducted into the International Tennis Hall of Fame.

How much will a man have who has the record of 14 majors for a period of seven years? He finished his career with fourteen grand slams, eleven ATP Masters titles and was the World No 1 for a period of 286 weeks. With that, he made a net worth of over $180 million. His on-court income stands at over $43 million. He has also played several exhibitions matches post his retirement. He has made several records during his professional career and has also twice won the Grand Slam Cup.

Pete Sampras is indeed a tennis legend. His record was eclipsed by Roger Federer in 2009. He is also active in philanthropy and has done many other endeavours. Even today, he has got a large number of supporters whenever he appears in the court.