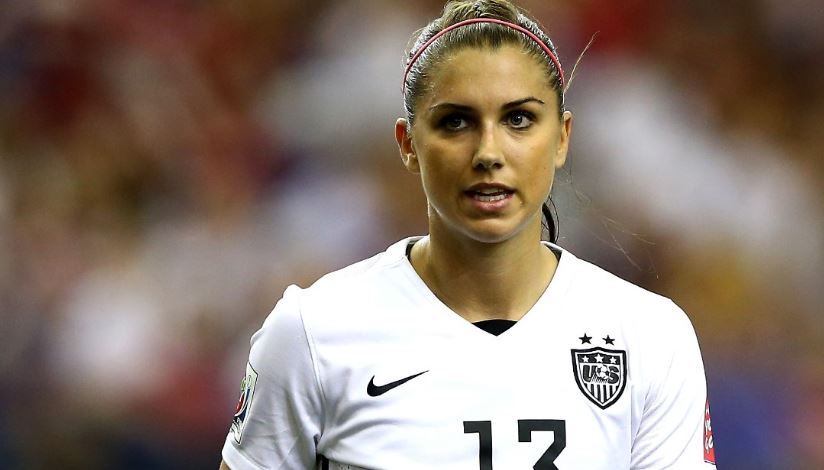 Alex Morgan is among the best American football player who currently plays for the Orlando Pride in the National Women’s Soccer League. Alex Morgan plays as a forward for both Orlando Pride and the US National Team and is considered one of the best forwards in the world in women’s football. She was the highest-paid women’s footballer in the United States in 2015 according to the Time. Let us have a look at the career and current net worth of Alex Morgan in 2020.

Alexandra Patricia Morgan was born on July 2, 1989, in San Dimas, California, the United States to Michael T. Morgan and Pamela S. Morgan has two elder sisters Jeni and Jeri and started to play football at a young age. She attended the Diamond Bar High School and played at the Olympic Development Program which she credits to be the program that shaped her up as a player she is now. She was called up for the US U-20 national team when she was 17. She attended the UC Berkeley playing for the California Golden Bears.

Alex Morgan is married to football player Servando Carrasco since December 31, 2014. Alex and Carrasco know each other from their college days.

Alex Morgan joined the Western New York Flash in the 2011 WPS Draft and guided the team to WPS Championship title scoring four goals in 14 games. She moved to Seattle Sounders Women in 2012 and joined Portland Thorns FC in January 2013.

She scored eight goals and gave five assists that season winning the championship title and finished the 2014 season with six goals. In 2015, Orlando Pride bought Alex Morgan where she played two seasons and moved to Lyon on loan. She signed a $33,000/month loan deal with Lyon and won the 2017 UEFA Women’s Champions League with them. She came back to Orlando Pride in 2018.

With the US national team, Morgan won the FIFA U-20 Women’s World Cup in 2008 and became the youngest member of the 2011 FIFA WC US team. The team finished the tournament as runner-up and Morgan became the first player to score and assist in a WC final.

In 2012, she won the Gold medal at the London Olympics and won the 2015 FIFA Women’s World Cup. Alex was named the U.S. Soccer Athlete of the year in 2012 and has won the CONCACAF Player of the Year award three times.

Her annual salary is reported to be $450,000 with additional bonuses. She has endorsed brands such as Panasonic, AT&T, P&G, Nike, Coca-Cola, Chobani, Bank of America, McDonald’s, and Mondelez International and has also featured in the cover of FIFA 16 video game in the US. Her endorsements must have so far earned her more than $1.5 million. She is one of the highest earning women footballers in the United States who has a net worth of $4 million.

Alex Morgan made her acting debut in 2018 through the film Alex & Me and is the second American footballer to record over 20 goals and 20 assists in a single calendar year, which she did in 2012.