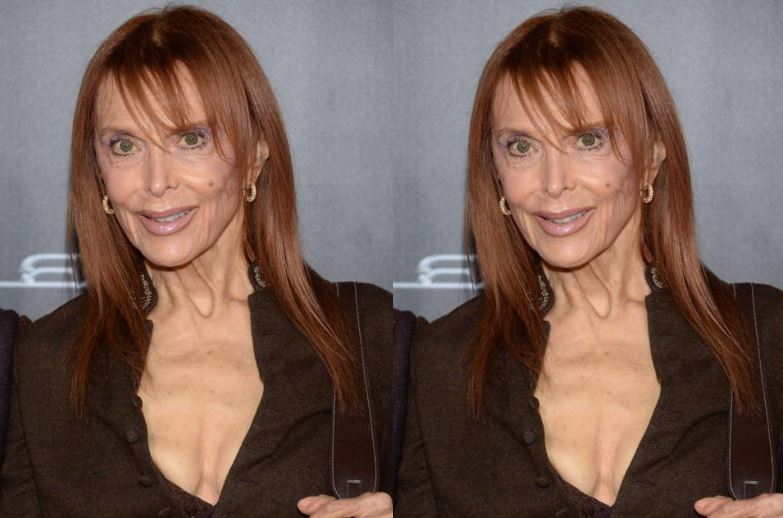 Tina Louise is a popular American actress who became popular after playing the character of Ginger Grant in Gilligan’s Island TV series. She is the recipient of the Golden Globe Award, and some of her popular movies are The Trap, The Happy Ending, The Hangman and likewise. Tina had also recorded one record album. Today, let’s learn more about the career, biography, and net worth of Tina Louise in 2020.

Tina Louise was born on 11th February 1934 in New York. Her parents divorced when she was four. She was raised by her mom who was a fashion model. Her father was a candy store owner and an accountant. Tina was attracted to acting from her senior year in high school. She attended Miami University. When she was two, she did an ad for her dad’s candy store.

In 1966, Tina Louise got married to television announcer Les Crane. They have a daughter named Caprice Crane. Her daughter is a novelist. She divorced Crane in 1971. From 1954 to 1956, the actress was in a relationship with Franchot Tone. She has also dated many popular names like Jonathan Goldsmith, Louis Scarrone, Bo Belinsky, Vic Damone, Aldo Ray, Lance Fuller, and James M. Bryant. She is a Democrat and has campaigned for John F. Kennedy. Louise is a member of the Academy of Motion Picture Arts and Sciences

Tina Louise began her career when she was just two years old. As an adult, she was first seen in the 1952 musical ‘Two’s Company’. The following year, she appeared in the theater productions of ‘The Fifth Season’ and ‘John Murray Anderson’s Almanac’. Her other stage roles are ‘Will Success Spoil Rock Hunter?’, ‘Li’l Abner’, and ‘Fade Out – Fade In’. The actress made her television debut in 1956 by appearing in an episode of ‘Studio One’. After appearing in many television shows, she was seen as Ginger Grant in ‘Gilligan’s Island’ from 1964 to 1967. Her other TV roles include ‘All My Children’, ‘Rituals’, ‘CHiPs’, ‘Dallas’, ‘Police Story’, and ‘Love, American Style’.

The actress was first seen in the 1958 film called ‘God’s Little Acre’. The role fetched her Golden Globe Award in 1959. She was also nominated for the Golden Laurel Award for the same role. In 1959, she acted in the films ‘The Trap’, ‘The Hangman’, and ‘Day of the Outlaw’. In the 1960s, Louise starred in films like ‘The Warrior Empress’, ‘How to Commit Marriage’, ‘The Happy Ending’, ‘Armored Command’, ‘The Seventh Floor’, and ‘The Wrecking Crew’. Her other film roles include ‘Dog Day’, ‘Evils of the Night’, ‘Welcome to Woop Woop’, and ‘Johnny Seude’.

Louise has also acted in many made for television films like ‘Nightmare in Badham County’, ‘Look What’s Happened to Rosemary’s Baby’, ‘SST: Death Flight’, ‘Call to Danger’, ‘But I Don’t Want to Get Married!’, and ‘The Day the Women Got Even’. At the 2004 TV Land Award, the actress was conferred with the Pop Culture Award. She has also acted in films in the 2000s and 2010s and was last seen in the 2015 movie ‘White Lillies’. She is a very talented person and has also released an album. Her album, ‘It’s Time for Tina’ was recorded in 1957, but got released in 2012 on iTunes.

How much net worth do you expect from an American actress with a long acting career? Well, she has accumulated a net worth of over $7 million. Most of her roles were supporting actress both for movies and TV series. She took a break of a decade towards the end of her career. She made the most from Gilligan’s Island where she was cast for 98 episodes.

Tina Louise is 84 years old, and she was last seen in 2015 on screen for the movie White Lillies. She was one of the most charismatic actresses of her times, and she published a few books for kids.