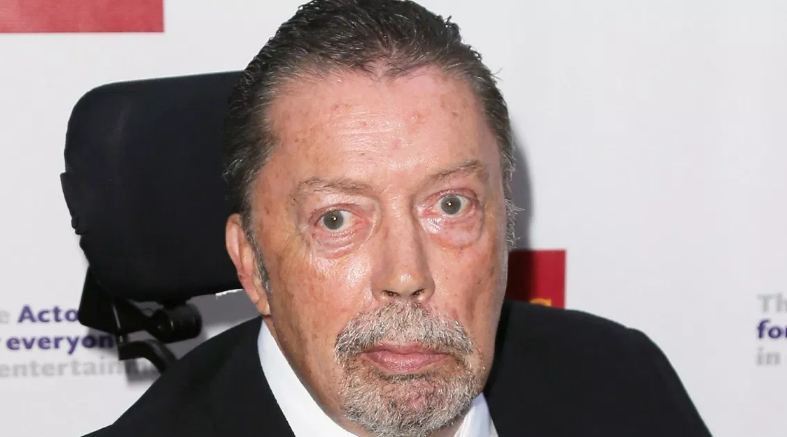 An English actor and a singer by profession Timothy James Curry, better known as Tim Curry is a well-known personality in the world of entertainment. Tim’s popularity is primarily from a varied range of works in films, theatre and television and also as a voice artist. The highest recognition of Tim came from his portrayal of Dr Frank- N- Furter in the Rocky Horror picture show. Curry was mostly seen playing comic roles in films of late 80’s and 90’s. Here is a quick summary of the net worth, career and earnings of Tim Curry in 2020.

Timmy Curry was born on April 19th, 1946 in Grappenhall, Cheshire, England. As a child, he went to Kingswood School in Bath, Somerset, and later went to study a combined course of English and Drama from the University of Birmingham. Tim’s father James Curry worked as a chaplain in the Royal Navy but expired quite early when Tim was just in his teens. His mother was a school secretary who also died in Cancer.

Tim curry prefers to keep his life private and secluded from media coverage. He lives alone in a Spanish colonial villa in the Hollywood Hills and is not married. Nothing more is revealed about his life.

After completing his graduation, Tim made his debut in the West End Production of Hair. It went quite successful and soon he got an opportunity to join the Royal Shakespeare Company in a production called After Haggerty. In 1973 Curry was offered a role which turned into one of his best that is Dr Frank-N-Furter in the stage musical comedy The Rocky Horror Show. Tim’s love for theatre is irreplaceable, and some of his best works are Amadeus, The Rivals, Me and My Girls, and many more.

Later on, along with theatre, Tim made his appearance in films like The Shout, Clue, Pass the Ammo etc. The acting was like Tim’s second nature, and therefore he left no such medium to reach out to people like in television he did work in series like Napoleon and Love, Play for Today, and there are few more. Tim Curry’s musical career is hardly known to people, but indeed he is a versatile musician who loves to play for different genres.

Tim Curry won the Royal Variety Club Award as the Stage Actor of the Year for The Pirates of Penzance in the year 1982. After that, in the year 1991, he won the Daytime Emmy Award as an Outstanding Performer in a Children’s series for Peter Pan and the Pirates. Tim was also awarded for Spamalot as the Best Actor in a Musical in the year 2007.

Tim Curry is amongst the most affluent actors in the British community. He has a good stock of some of the most expensive cars in the world. You would be amazed to know about the fact that till date the estimation of the net worth of Tim Curry is approximately $18 million.

Over the years this English actor has won the hearts of the people through his outstanding performances. His determination and dedication towards acting have made him what he is today. Tim Curry is such a name which will be remembered by all the generations.