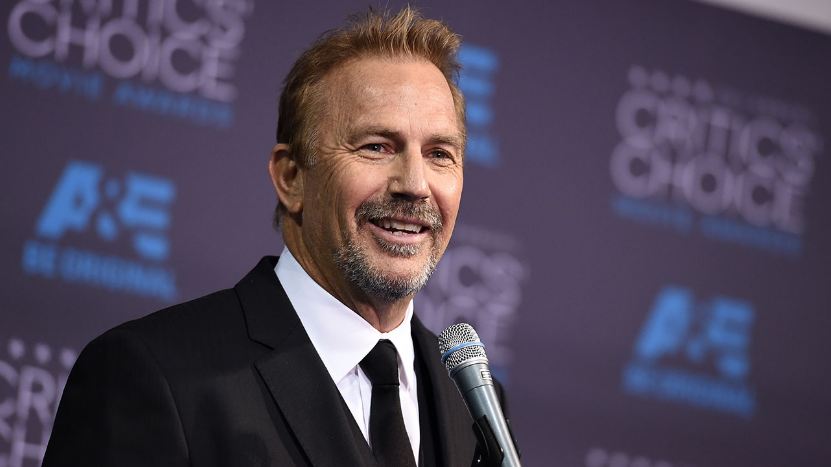 Kevin Costner is one of the most loved American actor, director, and producer. He shot to fame in 1990 with his movie Dances with the Wolves, for which he won the Academy Awards for Best Director and Best Picture. He has never looked back since. His other blockbuster films in which he starred, were The Untouchables, JFK, Robin Hood, The Bodyguard, Waterworld and many more. Besides the Academy Awards, he has also won 3 Golden Globe Awards, 2 Screen Actors Guild Awards, and one Emmy Award. Today, let’s learn more about the career, biography, and net worth of Kevin Costner in 2020.

Costner’s full name is Kevin Michael Costner, and he was born on January 18, 1955, in California at Lynwood. He was youngest of the three boys born to Sharon Rae, who was a welfare worker and William Costner, his father who worked as an electrician. He has German, English, Irish, and Scottish ancestral roots.

In his childhood, he took more interest in sports, music, and poetry than his studies. He spent his teenage years in various parts of California. While staying in Visalia he attended Mt. Whitney High School and later he graduated in 1973, from Villa Park High School in Orange County. In 1978, he got a BA in Marketing and finance from California State University at Fullerton.

After graduation, Costner married Cindy Silva, who worked at Disneyland. During his return from honeymoon, a chance meeting with the actor Richard Burton on the plane, inspired him some more to become an actor. Determined to make it big as an actor, he engaged in a number of odd jobs to support himself while taking acting lessons.

Costner dated his college friend Cindy Silva since March 1975, and after a courtship of three years they got married in 1978. They had three children, two daughters and one son. After 16 years of marriage, they divorced in 1994.

He had a brief relationship after his divorce, with Bridget Rooney and had a son from her. He also dated Birgit Cunningham and also lived with supermodel Elle Macpherson.

On September 25, 2004, Costner married his girlfriend of four years, Christine Baumgartner. The couple has two sons and a daughter.

In 1978, Costner got his chance for a debut in the film Hot Malibu Summer, which was released after a long delay in 1981 and was re-released again five years later as Sizzle Beach in 1987. Much later, and after working in several movies, Costner got a good break in a leading role as a federal agent Eliot Ness in The Untouchables. He also appeared in the film Bull Durham in 1988 and Field of Dreams in 1989.

In 1990, he co-created the production company Tig Productions and released the epic film, Dances with Wolves, which was directed by him and he also starred in it. This film was nominated for 12 Academy Awards and ultimately won 7 of them which included the two that went to him, the Best Picture and Best Director award.

Same year he also starred in Revenge, co-starring Anthony Quinn. Next year he starred in Robin Hood and JFK. In 1992, The Bodyguard was released and A Perfect World was released in 1993. In 1994, he played the title role in the biopic Wyatt Earp, and another film The War. He made the Waterworld in 1995 and The Postman in 1997.

Costner starred in several more movies like Tin Cup in 1996; Thirteen Days in 2000, and in 2003 in Open Range. He also starred in the Upside of Anger, the Guardian and in Mr. Brooks. He appeared in Rumor has it, with Jennifer Aniston in 2005. In 2008, Costner starred in Swing Vote and in 2010, he appeared in the film the Company Men which co-starred Ben Affleck and Tommy Lee Jones. He continued to appear in many more films. He received a star on the Hollywood Walk of Fame.

Kevin Costner has an estimated Net Worth of $270 million.

Kevin Costner is a successful actor, movie maker and a business man. In 2018, his television series Yellowstone will also be released, for which he is the executive producer. He also co-owns the baseball team Lake County Fielders.

He owns a Santa Barbara County beachfront property which is worth $60 million. He also owns a home near the beach in nearby Carpinteria.

Kevin Costner has decided to become an actor, and despite his degree in Marketing and Finance, he did odd jobs so that he can continue to take classes in acting and audition for roles. Despite his newly-married status, he continued to bear the hardships till he landed a role in a film. He got a lucky break in the films Untouchables and Dances with the Wolves; that created box-office history and changed his life forever.