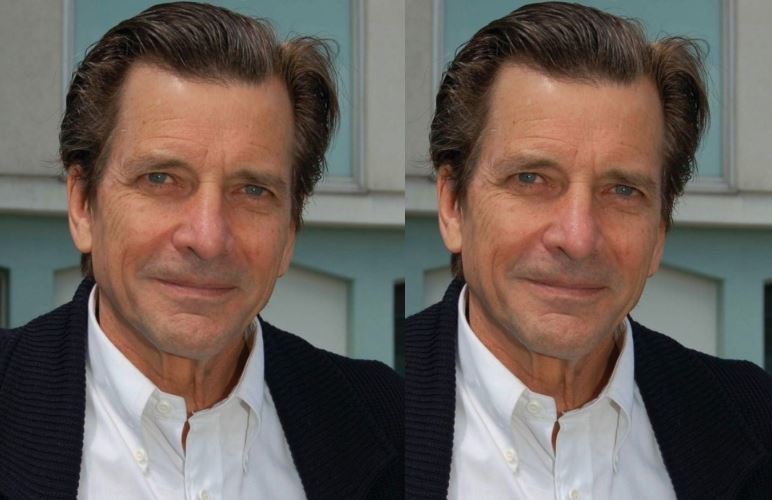 Dirk Benedict was born on March 1, 1945, in Helena, Montana to his parents Priscilla Mella and George Edward Niewoehner. His father was a lawyer, and his mother was an accountant.

Benedict spent most of his childhood days in White Sulphur Springs, Montana. He completed his graduation from the Whitman College in the year 1967.

Benedict is very fond of Eggs Benedict, and therefore he used the last name as his stage name. He is also a prostate tumor survivor and credits to a macrobiotic diet for his survival.

He married Toni Hudson who is an actress in the year 1986. The couple divorced in 1995. Together they are the parents of two sons, George and Roland. He also has a son, John Talbert from his previous relationship.

Benedict got his major break in the year 1978 when he played the role of “Lieutenant Starbuck” in the movie and television series “Battlestar Galactica”.

He also played the role of an Italian Air Force fighter pilot in “Blue Tornado” in the year 1991. Benedict is also an author and has published his autobiography “Confessions of a Kamikaze Cowboy” which was a best-seller. In 2007, he participated in the television reality show “Celebrity Big Brother”.

Dirk Benedict has an estimated net worth of more than $2 million. This huge wealth is the result of his appearance in several movies and television shows.

He has been a part of many commercially successful movies including Cruise Into Terror, Battlestar Galactica, The Georgia Peaches, Scruples, Underground Aces, Trenchcoat in Paradise, Abduction of Innocence and many more.

Benedict has worked in more than twenty television shows which also helped him in increasing his net worth. He gave the voice for the character Lieutenant Starbuck in the video game Battlestar Galactica.

Dirk Benedict is one of the most versatile and talented actors in the United States. Through his work, he has been able to win the hearts of people across the globe.