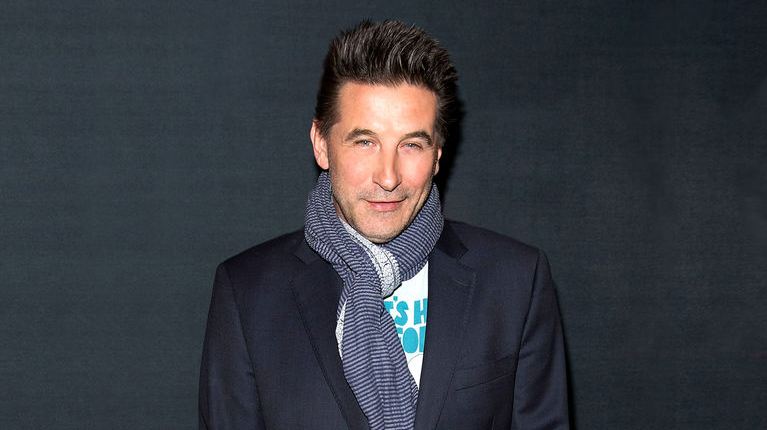 William Baldwin is an American actor, writer, and producer. He is one of the members of the famous ‘Baldwin Family.’ William has made his career by doing various films like ‘Flatliners,’ ‘Backdraft,’ ‘The Squid and the Whale’, and ‘Forgetting Sarah Marshall.’ His acting career is going on very well.

William Joseph ‘Billy’ Baldwin took birth on 21st February 1963 in Massapequa, New York. Alexander Rae Baldwin Jr and Carol Newcomb are his parents. William’s father was a high school teacher; he used to teach social studies and history. His father was a football coach too. Renowned actors Alec, Stephen, and Daniel, are his brothers. He has two sisters Beth and Jane. William grew up in a Catholic family. He is of French and Irish ancestry. William pursued his studies from Alfred G. Berner High School. He was graduated in Political Science from Binghamton University. He was a wrestler during his university days.

William Baldwin got married to Chynna Phillips in 1995. Chynna is an American singer and an active member of the musical group Wilson Phillips. She is an actress too. Famous musician John Phillips and Michelle Phillips are her parents. William and Chynna have three kids together. William sometimes lives in his house in Santa Barbara, California and sometimes in his another estate in Bedford Corners, New York.

William Baldwin had worked as a fashion model for the brand Calvin Klein before he ventured into the movie industry. He got an opportunity for a role in a television movie ‘The Preppy Murder’ in 1989. The name of his character in this movie was ‘Robert Chambers.’ In the same year, he got an offer in the Tom Cruise starrer movie ‘Born on the Fourth of July.’

His first feature film was ‘Internal Affairs’ in 1990. In this movie, William starred alongside Andy Garcia and Richard Gere. Later he featured in a big budget movie ‘Flatliners.’ In this movie, he worked with stars like Julia Roberts, Kevin Bacon, and Kiefer Sutherland. He then featured in many high budget movies throughout the 90’s like ‘Backdraft,’ ‘Sliver’ etc.

In 2001, William played a lead role in a television film ‘Double Bang.’ He continued to feature in television series and movies, but he did not play many leading roles. Baldwin received the ‘MTV Movie Award for Most Desirable Male’ for his role in ‘Sliver’ in 1993. He had received ‘Gotham Award for Best Cast’ for ‘The Squid and The Whale’.

William Baldwin’s Net Worth & Salary in 2021

As of 2021, William Baldwin’s estimated net worth is around $1 million. He made this fortune by doing several movies. He has appeared in many programs like “Dirty Sexy Money”, “Waterfront”, “Gossip Girls”, and “Parenthood”.

William Baldwin is in his 50’s, but he still looks very handsome. He has done many good movies. He has done many independent films as well. He started as a fashion model but has done quite well for himself after joining movie business.