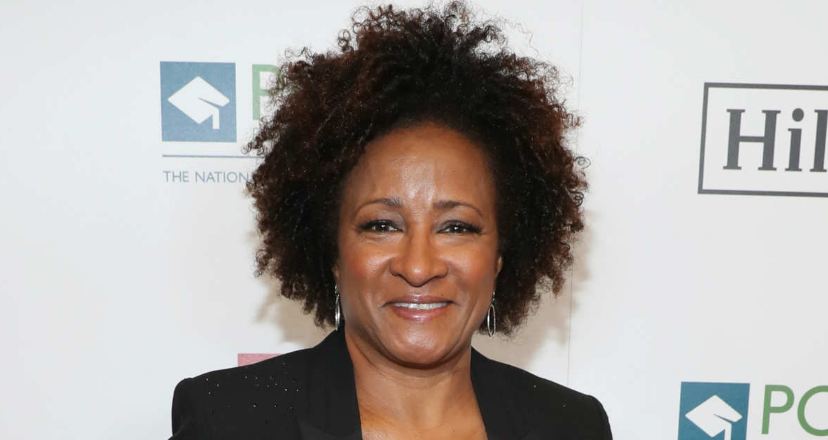 Regarded as one of the funniest persons in America, Wanda Sykes is an American comedian, actress, and a prolific writer. She has diversified her talents but is majorly known for being a stand-up comedian. Her wittiness filled with the humor is often loved by the audience.

Wanda Sykes was born on March 7, 1964, in Portsmouth, Virginia to Marion Louise and Harry Ellsworth Sykes. Wanda belonged to a middle-class family. Her mother was a banker while her father was a US army colonel. When she was a little child, her family moved to Maryland where she attended Arundel High School. After that, she again moved to Virginia and enrolled at Hampton University. She earned a bachelor degree in marketing from here.

Wanda Sykes is a lesbian. In 2008, she has publically admitted it. The same year, she married her girlfriend, Alex Niedbalski. The couple welcomed the twins in 2009. Initially, her parents didn’t accept her sexual orientation. They didn’t even attend her wedding with Alex but after some time, their estranged relationship resolved. Prior to this marriage, she was married to Dave Hall, a record producer, from 1991 to 1998.

As a child, little did Wanda knew that she was going to be a successful comedian and an actress. After her graduation, she secured a government job and started working as a procurement officer. But it didn’t keep her going so she left the job and stepped into the glamour world. In 1997, she participated in Coors Light Super Talent Showcase. Though she couldn’t win the competition, she found a way to her career. Just after that, she moved to New York City in order to hone her skills and come in front of the world audience.

There she met the comedian Chris Rock and they both together rocked. She appeared on his show that earned her a much-needed recognition. In 2001, she appeared in comedy TV series ‘Curb Your Enthusiasm’. This TV series propelled her popularity further. The same year, she made her film debut with the film Pootie Tang. In 2004, she took her career to the next level by releasing her debut book and representing the TV show ‘Wanda Does It’. Thereafter, she has also worked as a voice actress and a TV host.

Speaking of the awards, Wanda has won several awards over her career. She has won American Comedy Award, BET Comedy Award, Primetime Emmy Award, and several other nominations.

Throughout her career, Wanda has mainly worked as a stand-up comedian. Though she also appeared in a few films, they were not very successful. Still, the versatile lady boasts a staggering net worth at present. She is estimated to have an impressive net worth of $8.5 million as of 2022. Her major earning sources include comedy, acting, and writing. She is a successful comedy-scriptwriter. Her net worth is likely to upsurge in future as she is working on a number of projects.

Wanda Sykes is undoubtedly one of best stand-up comedians America has ever got. In 2004, she was named as one of the 25 funniest people in America by Entertainment Weekly magazine. Other than being a comedian, she is also a social activist.