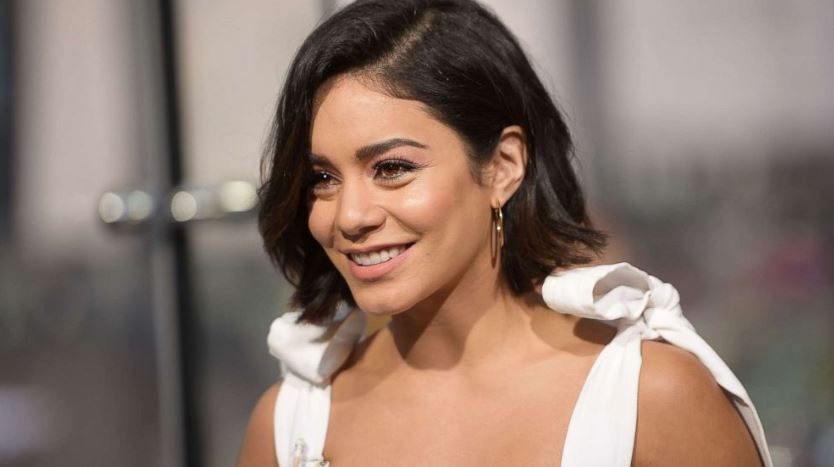 Vanessa Hudgens is a beautiful American actress and singer. She became a celebrity after appearing in the 2006 film series called ‘High School Musical,’ playing the role of Gabriella Montez. The success of the film made Vanessa a famous person as she got a recording contract with an American label known as Hollywood Records.

Her parents are Gina Guangco and Gregory Hudgens, and she was born in California on December 14, 1988. Her father was a professional firefighter while her mother worked in an office. She is a sister to Stella Hudgens who is also a singer and an actress.

Vanessa Hudgens grew up as from a Roman Catholic religion. She attended the Orange County School of the Arts, but later her parents decided for a home education.

Hudgens was in a romantic relation with Zac Efron who was a co-star in the film ‘High School Musical,’ however, after five years they ended their relationship in 2010. Ashley Tisdale is one of her best friends as Hudgens was one of the bridesmaids at her wedding in 2014.

She drifted from the Catholic denomination when she grew up and started attending the Los Angeles Hillsong Church.

In 2007, her photos while she was wearing lingerie and nude as well were posted online and nearly made her lose her role in the ‘High School Musical.’ Unfortunately, the leaked images of her were released several times.

Her career started back at the age of eight as she used to sing in musical theater and also acted on local films like ‘The Wizard of Oz,’ ‘The Music Man,’ ‘Cinderella,’ ‘The King and I,’ and many others.

After two years, she relocated to Los Angeles with her family when she won a role in the television commercial, which she got after auditioning. At the age of fifteen, she started acting professionally. Her first film was in a situation comedy called ‘Still Standing.’ She also appeared in various films such as ‘Robbery,’ Quintuplets,’ ‘The Brothers Garcia,’

In 2006, she released her album titled V, which became a success in her music career. She later went on to release her second album named ‘Identified.’

In 2009, Hudgens decided that she want to focus more on her acting career. Since then she has appeared in many films like ‘Bandslam,’ ‘Beastly,’ Sucker Punch,’ ‘Spring Breakers,’ and many others.

Due to her talent, she has received several awards and nominations. The awards she won include the Teen Choice Award in 2008 for the category of Choice Hottie, 2010 ShoWest Award for Female Star of Tomorrow, Young Hollywood Trendsetter Award in 2014, Kids Choice Awards for Favorite Movie Actress in 2009, among others.

She has also been nominated for various awards such as MTV Movie Awards under the category of Breakthrough Female Performance and Best Kiss, Young Artist Awards, and many others.

Vanessa Hudgens’s Net Worth & Salary in 2021

As of 2021, Vanessa has an estimated net worth of $16 million and earns a yearly salary of about $1 million. Her fortune comes from her acting profession in movies and series and the sale of her albums. It is estimated that V, her first album sold over 600,000 copies and she seems to live a comfortable life as her Los Angeles house is valued at $2.5 million.

Vanessa Hudgens is a talented actress, and she has gained her popularity for the many films she has done. Despite the loss of her dad from cancer, she still remains an icon to her fans in the whole wide world.