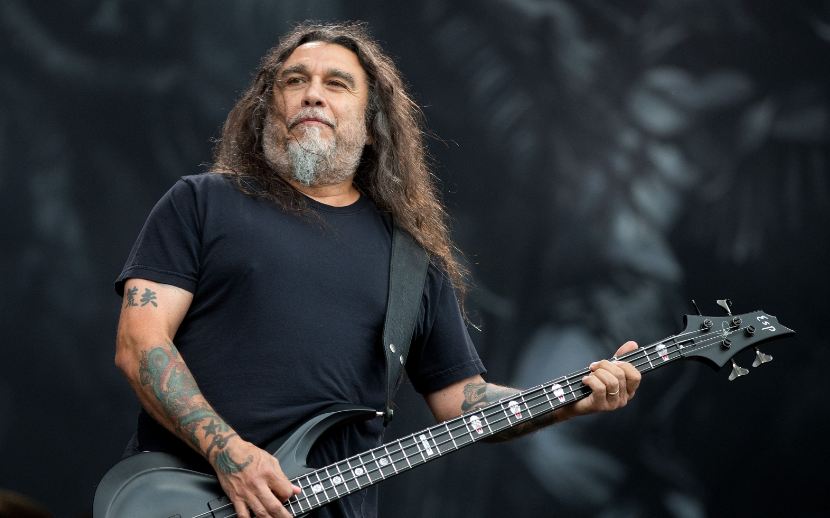 Tomas Enrique Araya Diaz, better known as Tom Araya, is a Chilean American music legend. He is known to many as one of the leading exponents of heavy thrash metal. He became popular as the vocalist and bassist of the American thrash metal band “Slayer”.

Perhaps you know a thing or two about Tom Araya, however, how well do you know about him? For instance, how old is he? How about his height and weight, moreover his net worth? In another case, Tom Araya might be a stranger, fortunately for you we have compiled all you need to know about Tom Araya’s biography-wiki, his personal life, today’s net worth as of 2022, his age, height, weight, career, professional life, and more facts. Well, if your all set, here is what I know.

Born on June 6, 1961, in Valparaiso to Chilean parents, Tom was the fourth child in a family of nine. Tom’s family moved to California when he was five in 1966. Inspired by his older brother Cisco who played guitar, Tom was drawn to bass guitar at the age of eight. Tom was working as a qualified respiratory therapist in the early eighties when he was invited by Kerry King to join his band “Slayer”. The rest, as they say, is history as the band went on from being just an Iron Maiden cover band to one of the most widely followed thrash metal bands of all time.

From having to finance the band’s debut album Show No Mercy, Araya and his band “Slayer” went on to have a huge influence on the music industry akin to “Megadeath” and “Metallica”.

Currently, Araya lives in Buffalo, Texas with his lovely wife, Sandra Araya. They have been leading a blissful married life since 1995 and have been blessed with two children. Their daughter, Ariel Asa Araya was born on 11 May 1996 and their son, Tomas Enrique Araya Jr. was born on 14 June 1999. Both Ariel and Tomas Jr. are homeschooled.

Sandra and Tom are well known scary movie buffs, and their favorites include horror remakes such as The Texas Chainsaw Massacre and Amityville Horror.

Araya also made a cameo appearance in the heavy metal horror flick Hairmetal Shotgun Zombie Massacre: The Movie in 2014.

Besides being a vocalist and bassist of serious repute, he has also written the lyrics for the song “Eyes of the Insane” from his album Christ Illusion which was released in 2006. The song went on to win the Grammy Award. He also won a Grammy for his song “Final Six”.

The themes for most of his lyrics are centered on serial killers, including the songs “213” about Jeffrey Dahmer and “Dead Skin Mask” about Ed Gein. Besides their debut album, the band has so far successfully released ten other studio albums, four of which have been certified Gold in the United States. The band “Slayer” has had the honor of playing at many illustrious events such as “Ozzfest”, “Download Festival”, and “The Unholy Alliance Tour”. Besides, “Slayer” has also won the prestigious Kerrang Award and the Metal Hammer Golden Gods Award.

Perhaps, the greatest honor that has been bestowed on him is the keys to the city of Vina del Mar in Chile where he was born.

Considering the fact that he has had such a huge influence over the entire American Music Industry for such a prolonged period, his net worth is estimated to be around a cool $15 million as of 2022. That’s still modest when you have at the top for so long. No doubt, a large chunk of his net worth and earnings comes from his involvement in the music industry.

Tom Araya is, undoubtedly, one of the leading lights when it comes to heavy thrash metal music. His work continues to inspire and entertain millions of music lovers around the globe.