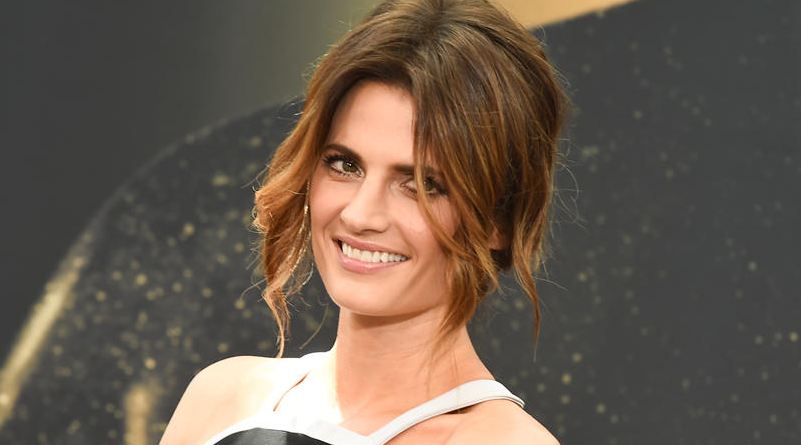 Best known for appearing as Kate Beckett in ‘Castle’ from 2009 to 2016, Stana Katic has also acted in much other television series. The versatile actress with her immense performance has also appeared in films like ‘Quantum of Solace’, ‘Big Sur’, ‘CBGB’, and ‘For Lovers Only’.

Stana Katic was born in Ontario, Canada in the year 1978. She is the daughter of Rada Katic and Peter Katic. Her parents are of Croatian origin who later moved to the United States. She has lived her childhood in Canada and United States. The actress has got five siblings.

In 1996, Katic completed her schooling from West Aurora High School. Following that, she went to the University of Toronto for her bachelor’s degree. She also attended the DePaul University Goodman School of Drama to study acting. To further improve her acting skill, Katic has been to the Beverly Hills Playhouse school of acting.

In 2015, Stana Katic got married to Kris Brkljac. The couple married after dating each other for a long time. She has been dedicated to the only man in her life and there are no rumours about her past affairs. She can fluently speak English, Croatian, Italian, French, Slovenian, and Serbian. She is the founder of ‘The Alternative Travel Project’, where she encourages people to go car-free.

Stana Katic was first seen in the short film ‘Acid Freaks’ in 1999. Her enthusiasm to act made her appear in films like ‘Feast of Love’, ‘The Librarian: Curse of the Judas Chalice’, ‘The Spirit’, and ‘Quantum of Solace’ in the 2000s. She has been impeccable performer right from the beginning of her career and has acted in many other movies like ‘CBGB’, ‘The Double’, ‘Big Sur’, ‘For Lovers Only’, ‘Lost in Florence’, and ‘The Rendezvous’.

She will be next seen in the movie ‘Cadaver’ in 2018. The actress has also voiced in the movie ‘Superman: Unbound’. In television, Katic first appeared in an episode of ‘The Handler’ in 2004. After guest appearing in many TV series, the actress appeared in ‘Castle’ as Kate Beckett. This role made her win four TV Guide Awards, People’s Choice Awards, and Prism Awards. She also received a nomination for the Satellite Awards in 2009.

In 2017, she became a main cast of the television series ‘Absentia’. She has also acted in the TV movies, ‘Sister Cities’, ‘The Librarian: Curse of the Judas Chalice’, and Dragon Dynasty’. Katic was seen as Julianna Martinelli in the TV miniseries ‘Would Be Kings’. Her other TV credits include ‘Heroes’, ‘CSI: Miami’, ‘ER’, ‘24’, ‘The Shield’, ‘JAG’, ‘Brothers & Sisters’, and ‘Fletcher Dive’.

Have you ever thought about the net worth of an actress who has appeared in a total of 171 episodes of ‘Castle’? She is an award winning actress who has appeared in many films and TV series. She has also voiced in movies and has been able to make a net worth of over $15 million as of 2021. Additionally, she has served as the executive producer of the TV series ‘Absentia’. Her wealth also comes by voice in the video game ‘Batman: Arkham City’ in 2011. She is still very active in both television and films and there is much possibility of increasing her net worth.

As a performer, Stana Katic has got a number of fans. She is also active in social causes and has founded a project. She has also written a song and has never been a part of any controversy. She is very talented and is able to communicate in multiple languages.