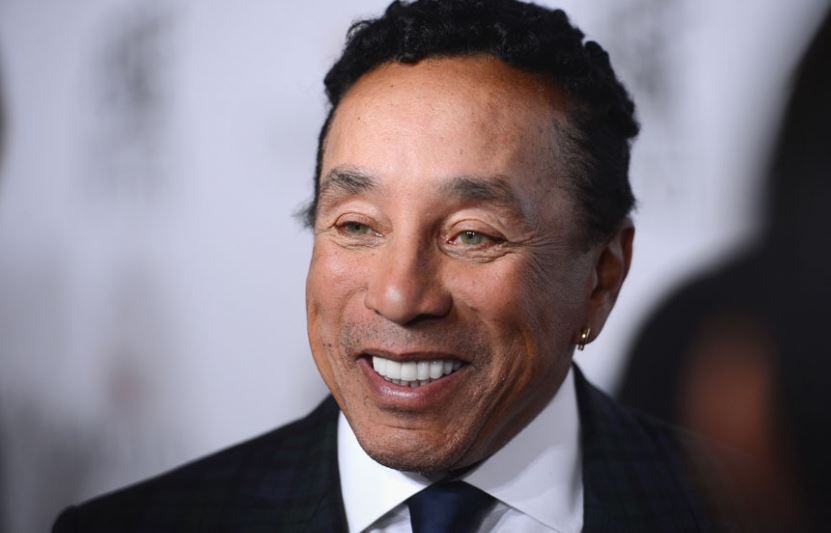 Smokey Robinson Jr. is a legendary American singer who is active in the music industry for more than six decades. He is the creator of the popular vocal group, named “The Miracles” that tasted huge success in the 1960s & 1970s. In addition to singing, Robinson is a record producer and former record executive in the past. Smokey has worked with plenty of artists that include Marvin Gaye, The Marvelettes, Aretha Franklin, Mary Wells, and Timothy Bloom.

Smokey was born on 19th February 1940 in an African-American family living in the Detroit, Michigan. He gets nickname Smokey from his uncle in the childhood. Robinson has completed his schooling from Northern High School as an average student. However, he was a popular athlete during his school time. His interest in the music generated when he starts hearing Billy Ward and Nolan Strong in the radio.

However, he gave credit to the Barrett Strong as a major influencer for making a career in the music industry. Afterward, Smokey formed the Five Chimes band along with childhood friends Pete Moore and Ronald White in 1955. They added many members like Claudette Rogers, Bobby Rogers, and Marv Tarplin in the upcoming years and toured in the areas near the Detroit. They adopted the name Miracles in 1958.

Smokey has married twice in his life. He married his first wife Claudette Rogers, a fellow band member Claudette Rogers in 1959. Together, they have two kids who are named Berry Gordy and Tamla Robinson born in 1968 & 1969 respectively. His son Berry is a well-known record executive and film producer. He had another son Trey with a different woman while in the first marriage with Rogers that born in 1984.

Robinson & Claudette divorced each other in 1986, but they are still good friends. He married his second wife Frances Gladney in 2002 and lived happily since then. Smokey doesn’t eat red meat and practices transcendental meditation. Robinson has very beautiful golden green eyes.

He releases his first album “Hi We’re The Miracles” in 1961 with the group Miracles in 1961. The group released a plethora of albums together like Going to a Go-Go, Make It Happen, The Fabulous Miracles, Four in Blue, What Love Has Joined Together, Flying Together, and One Dozen Roses among others. He left the brand in 1972 to focus on the solo career.

He releases his first solo album Smokey in 1973 that was not much successful. Some of his successful solo albums are Being with You, Essar, Touch the Sky, Love Breeze, and Smoke Signals. Robinson gets inducted into the Rock and Roll Hall of Fame in 1987 and received the Library of Congress Gershwin Prize in 2016. Also, Smokey received the Grammy Award for Best Male R&B Vocal Performances in 1988. Other achievements of Smokey Roberson include induction in the Songwriter’s Hall of Fame and get a medal from National Medal of Arts.

Smokey Robinson’s Net Worth & Salary in 2022

As of 2022, The net worth of Smokey Robinson is $120 million. The majority of his income comes from the record sales of the albums over the past decades. There are more than 500, 000 copies of his album “Heartbeat” has released till now. Also, he has headlined many music shows in his young days.

Smokey Robinson is one of the all-time greats who has acknowledged by the music industry. He is presently in the twilight of his career and doesn’t perform much nowadays. We wish him health for the upcoming life.