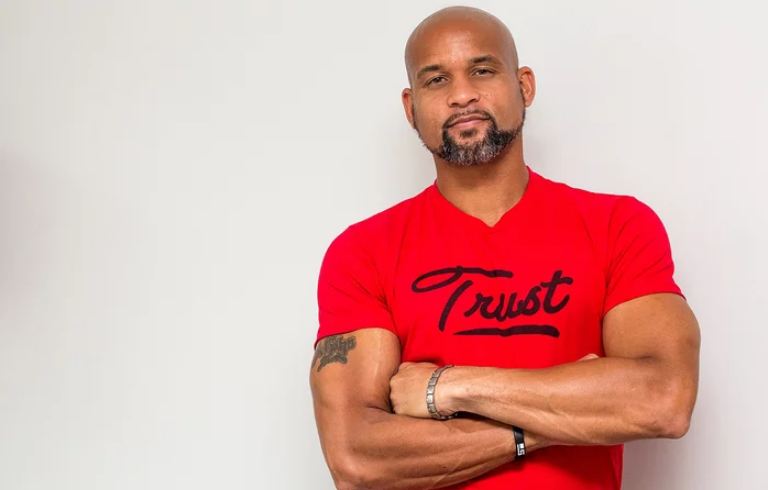 Shaun Thompson, also known as Shaun T is a recognized fitness trainer based in America. He is also a choreographer, a businessman and a motivational speaker. He began his career working at a pharmaceutical company known as Wyeth. He was a health program manager and a trainer. He has appeared on TV shows like Oprah and Dr. Oz. He has also featured on TV series and movies like “The Comebacks”, “My diet is better than yours” and “Bring it on: all or nothing”.

Perhaps you know a thing or two about Shaun T, however, how well do you know about him? For instance, how old is he? How about his height and weight, moreover his net worth? In another case, Shaun T might be a stranger, fortunately for you we have compiled all you need to know about Shaun T’s biography-wiki, his personal life, today’s net worth as of 2022, his age, height, weight, career, professional life, and more facts. Well, if your all set, here is what I know.

Shaun T was born on May 2nd, 1978 in Camden, situated in New Jersey, the United States of America. He has tried to keep his upbringing and early childhood secret. However, he stated that he was sexually abused at the age of 8 to 12. He also revealed that as he was growing up his family didn’t have a lot of money. He has a sibling named Ennis Thompson. Shaun used to play football, baseball and ran for tracks. He studied and graduated from Rowan University in the field of sports science and minored in theater and dance.

Shaun T came out as being gay in 2012 October. He revealed his longtime boyfriend Scott Blokker and got married after a few months. Scott Blokker is also an athlete, just like Shaun is. He was in hiding for several years and hated himself for being gay. They got twin boys via a surrogate mum known as Ashley, on 20th November 2017. The kids’ names are Sander Vaughn and Silas Rhys.

He moved to Los Angeles to kick-start his career. He worked at Wyeth as he also worked for singer Mariah Carey. He then worked for fitness outlets like Equinox. He started work out videos in 2003 known as the Hip-hop Abs workout program. This was the starting point of his peaked career as the program which became top selling in 2007. It then led to the production of other workout programs like Rockin’ body and Insanity.

He ended up making appearances on talk shows, TV series, and movies. He has been in business with Nike and LA Lakers. He is also the author of the book, “T is For Transformation.” It is his biography which intends to have positive impacts a change in people’s lifestyles.

He is acknowledged as a hit author as his book obtained 1 million downloads in its first week of publication. His works out videos have gained recognition across the globe. He was propelled to stardom by his insanity workout program videos.

Shaun has a successful career as a fitness trainer. He has gained stardom status with several fans subscribing and viewing his podcasts. He sells work out programs as well as his motivational book. He has been able to diversify himself by acting and appearing on talk shows too. His net worth is currently estimated to be $12 million as of 2022.

Shaun is a well-known fitness trainer and a specialist when one needs to shed off some fat. He has been able to propel himself into stardom via his tough work out programs. Having come out as gay and being fit, he is a symbol of hope and motivation to others. He strives to learn more about body fitness. He is active in the social media platforms.