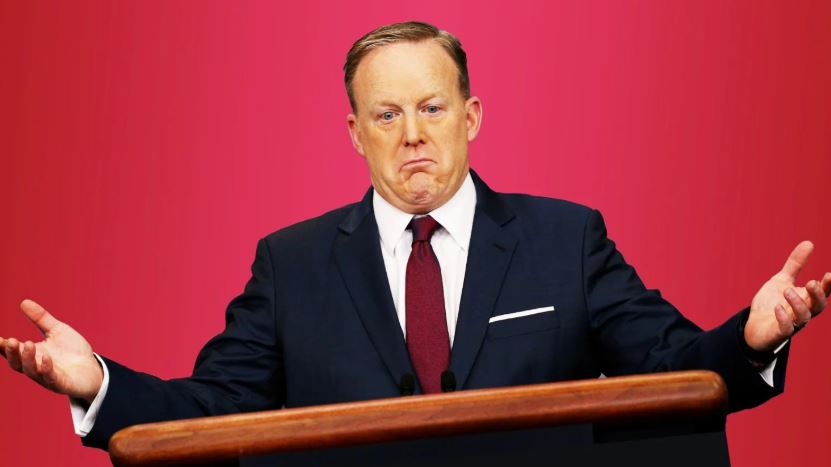 Sean Spicer was the former White House Press Secretary and White House Communications Director who served under Donald Trump from January to July 2017. He was the communications director for the Republican National Committee for six years from 2011 to 2017 and was also the party’s chief strategist from 2015 to 2017. Spicer is known for his controversial public statements which were the cause for his resignation from the post as he was widely criticized for his unauthentic statements.

Perhaps you know a thing or two about Sean Spicer, however, how well do you know about him? For instance, how old is he? How about his height and weight, moreover his net worth? In another case, Sean Spicer might be a stranger, fortunately for you we have compiled all you need to know about Sean Spicer’s biography-wiki, his personal life, today’s net worth as of 2022, his age, height, weight, career, professional life, and more facts. Well, if your all set, here is what I know.

Sean Michael Spicer was born on September 23rd in 1971, in Manhasset, New York, the United States to Kathryn Spicer and Michel William Spicer. He attended the Portsmouth Abbey School where he volunteered local political campaigns. He studied B.A. in government at the Connecticut College from 1989 to 1993, and in 2012 he completed a master’s degree in Security and Strategic Studies at the Naval War College.

Sean Spicer married Rebecca Miller on November 13, 2004, at the St. Alban’s Episcopal Church. Rebecca Miller was a television producer at the time of her marriage, and she is currently the senior vice president of communications and public affairs for National Beer Wholesalers Association. The couple is blessed with two children, and they currently reside in Alexandria, Virginia.

Spicer worked for several representatives such as Mike Pappas, Mark Foley, and Clay Shaw after his studies and joined the U.S. Navy Reserve in 1999. He served as the communications director for House Government Reform Committee from 2000-2001 and in from 2001-2002, he worked for the National Republican Congress Committee.

He became the spokesperson of House Budget Committee in 2003, and in 2006 he joined the Office of the U.S. Trade Representative as its media and public affairs assistant. From 2009 to 2011 he worked with Endeavor Global Strategies and was appointed as the communications director of the Republican National Committee in February 2011.

Spicer was given the additional role of chief strategist at the RNC in 2015 and was initially critical of Donald Trump. In December 2016, Spicer was appointed as the White House Press Secretary and became also became the communications director two days later. He resigned from the post on July 21, 2017, and in July 2018, Spicer released his book The Briefing: Politics, the Press, and the President which speaks about his experience under the administration of Donald Trump.

The political aide earns an annual salary of $150,000 and his personal investments in other ventures is said to be around $6 million. His luxury house in Alexandria, Virginia is reported to be worth $1 million, and he owns luxury cars such as Mercedes Benz S-Class, Bentley, and Range Rover with a combined worth of $1 million. His current net worth is estimated to be somewhere around $15 million as of 2022.

Sean Spicer also holds the rank of a commander in the United States Navy Reserve and was assigned to the Joint Chiefs of Staffs in 2016.