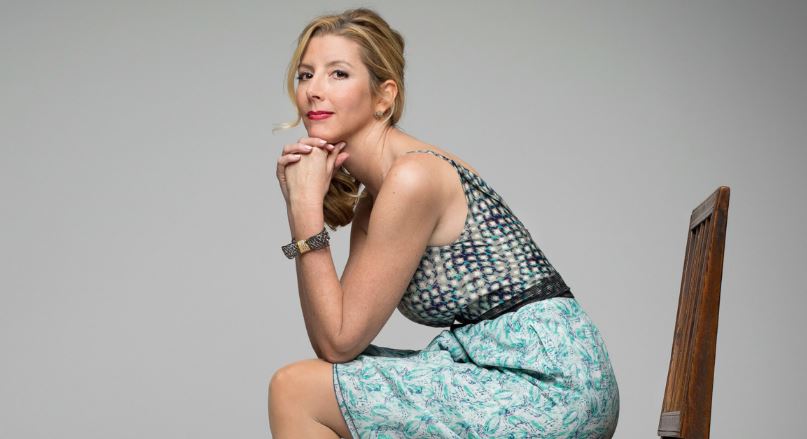 Sara Blakely is an American businesswoman and the founder of Spanx, a company that manufactures inner garments, pantyhose, and leggings for women. The company started to produce underwear for men in 2010, and it has become one of the best in the apparel industry making Sara Blakely a billionaire. Blakely was named in the list of most powerful women by the Forbes in 2014 and also featured in the list of most 100 influential people in the world by Time Magazine in 2012.

Sara Treleaven Blakely was born on February 27, 1971, in Clearwater, Florida, the United States to John Blakely and Ellen Blakely. Her father John Blakely was a trial attorney, and her mother was an artist. Sara has a brother named Ford Blakely who also is an artist. Blakely attended the Clearwater High School and studied communication at the Florida State University, where she was a member of the Tri Delta sorority.

Sara Blakely is married to businessman Jesse Itzler who is the co-founder of Marquis Jet. The couple tied a knot in 2008 at the Gasparilla Inn and Club in Florida. Their wedding was attended by Matt Damon, and singer Olivia Newton-John gave a surprise performance. The couple has four children, three sons, and a daughter. Blakely is a convert to Judaism.

Sara Blakely worked at the Walt Disney World in Florida initially for three months and also used to perform as a stand-up comedian. After leaving Walt Disney, she joined Danka selling fax machines door-to-door and soon became a national sales trainer. Blakely’s sales job forced her to wear pantyhose, and she does not like the seamed foot while wearing open toe shoes.

During a party, she wore a pantyhose cutting off its feet part under a pair of slacks and found out that the pantyhose rolled up her legs and she achieved what she wanted. She managed to save $5000 for starting her own hosiery when she was 27 and visited hosiery mills in North Carolina proposing her new idea with the pantyhose. Her idea was rejected by the mill owners, and she returned to Florida failing to materialize her idea.

She convinced Neiman Marcus Group and her product was displayed for sales in seven branches of the Neiman Marcus. She also sent her products to Oprah Winfrey who appreciated them accounting to its popularity.

Spanx managed to generate $4 million in its first year of sales which became $10 million the next year. Blakely has appeared on the shows The Rebel Billionaire, American Inventor, and Shark Tank. She is currently working on designing the world’s most comfortable high-heels.

Her company managed to generate revenue of $4 million initially which became $400 million by 2014. Its net profit was estimated to be 20% of the annual revenue. She owns 100% of her company which has zero debts which clearly shows that she is enjoying the full benefits of the Spanx. In 2011, she bought a house in Clearwater for $8.8 million, and she currently lives in a 10,000 sqft solar-powered luxury house in Atlanta. Sara’s net worth is estimated to be $1.2 billion as of 2022.

Sara Blakely is also well-known for her philanthropy who launched the Sara Blakely Foundation in 2006 for helping and empowering women. She was also the first female billionaire to join the Giving Pledge, a campaign in which wealthy people pledge to donate half of their wealth to charity.