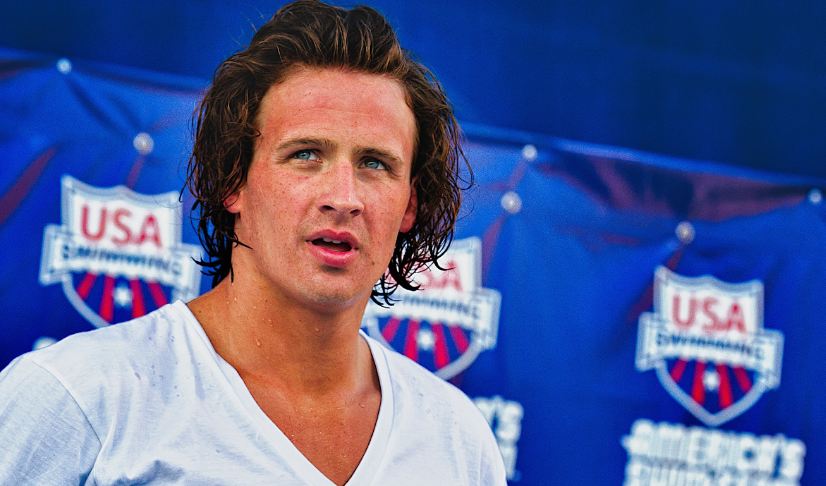 Fanatics of swimming and people who aspire to become great swimmers would know him very well. With 12 Olympic medals, he is widely considered as the second-best swimmer in the world only next to the legendary Michael Phelps. Amassing a total of 90 competitive medals so far, he also holds the world record for two individual events and two team events.

Perhaps you know a thing or two about Ryan Lochte, however, how well do you know about him? For instance, how old is he? How about his height and weight, moreover his net worth? In another case, Ryan Lochte might be a stranger, fortunately for you we have compiled all you need to know about Ryan Lochte’s biography-wiki, his personal life, today’s net worth as of 2022, his age, height, weight, career, professional life, and more facts. Well, if your all set, here is what I know.

Ryan Steven Lochte was born on August 3, 1984, in Rochester, New York, the United States to Ileana and Steven R. Lochte. Lochte was taught to swim by his parents at the age of 5, and he was a kid who used to play pranks on fellow trainees taught by his father. Ryan was often punished by his father for playing around during his classes, and he says that Ryan would mostly spend time at the shower than at the pool. At the age of 14, Ryan lost his event at the Junior Olympics. The loss inspired Lochte to train hard, which eventually garnered the success he is enjoying right now.

From 2011 to 2012, rumors were rounding the swimming world linking Ryan Lochte with Australian swimmer Blair Evans. However, in 2012, the rumors came to an end after Ryan’s mother dismissed them in an interview with Us Weekly. In 2016, Ryan announced that he was in a relationship with Playboy model Kayla Rae Reid and the couple got married in January 2018, after the birth of their son Caiden Zane Lochte in June 2017.

After an illustrious performance in his college career, Ryan got his chance to represent the United States in the 2004 Olympics. Ryan was the member of the Gold medal winning 4×200-meter freestyle relay team, and he also managed to claim silver behind Phelps in the 200-m individual medley. He also took home three medals gold, silver, and bronze in the FINA Short Course World Championship the same year.

Lochte decorated himself with five medals in the 2012 London Olympics winning two gold medals, two silver medals and, a bronze medal. At the 2016 Rio Olympics Lochte managed a gold medal in the 4×200-meter freestyle relay and failed to claim an individual medal finishing fifth in the 200m individual medley. So far, he has won 12 Olympic medals and stands second in the list of the most decorated Olympic Swimmers of all time, the first being his compatriot Michael Phelps.

The three times FINA Swimmer of the year has had an awesome career so far and his net worth is $7.5 million as of 2022. He is said to have earned a sum of $2.3 million in the year 2012 as a result of endorsement deals with Gillette, Speedo, Nissan, AT&T, and Ralph Lauren.

Ryan got into controversy and got ten months suspension after he falsely claimed that he and his fellow swimmers were robbed at gunpoint in Rio de Janeiro during the 2016 Olympics. Though the incident stirred controversy and damaged his name, people must forget his one bad moment and remember the laurels he has brought to his home nation and the sport of swimming, as humans are prone to do mistakes.