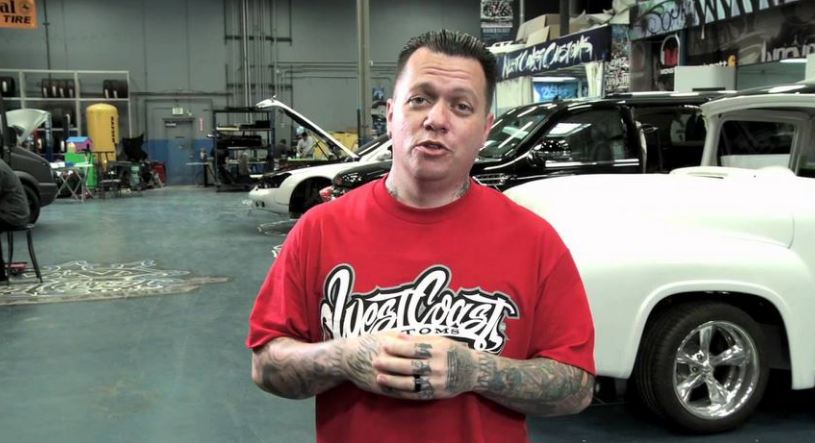 Ryan Friedlinghaus was born on 22nd April 1975. His birthplace in Southern California, USA. Ryan used to work at his father’s liquor shop when he was young. By the age of 14, Friedlinghaus had already gotten his customized vehicles appeared on the auto magazines covers. Since his childhood, Ryan has been very passionate about personalized cars.

Ryan Friedlinghaus is married to Meagan Friedlinghaus. He has two sons named Ryan Jr. and Dylan. Dylan is also known as Dynamite Dylan and is famous for his YouTube channel. Ryan lives a very private life with his family. Ryan had a relationship before his marriage. It is not clear if Meagan is his children’s mother or if the mother is the lady from his previous relationship.

Ryan Friedlinghaus started WCC in his early 20s. Friedlinghaus had mentioned that he started this business with $5000 which was loaned by his grandfather. Another source claims that the seed money generated by him was from the amount he was earning while working at his dad’s liquor shop. There is some mystery regarding the year when Ryan started this company.

The ‘Los Angeles Times’ had mentioned that Ryan started the shop in either 1994 or 1998 while ‘USA Today’ had put the starting year as 1997. The idea of this shop came to Ryan’s mind when he observed that many shops customize only a part of a car. There was not a single shop where the whole car can be customized. After starting the company, Ryan cracked a deal with MTV for the TV show ‘Pimp My Ride.’

This show was hugely successful. After leaving this show, Friedlinghaus began a new television series that aired on The Learning Channel and Discovery Channel simultaneously. Ryan’s company went on to become the subjects of the reality television series ‘Inside West Coast Customs’ and ‘Street Customs.’

Ryan Friedlinghaus’s Net Worth & Salary in 2022

Ryan Friedlinghaus is a very successful businessman. Ryan’s company has become a multi-million-dollar company owing to appearances in the reality television shows and from the support of celebrities like Sean Combs and Shaquille O’Neal. The estimated net worth of Ryan Friedlinghaus is $20 million as of 2022.

Ryan has built the West Coast Company from scratch. This company is presently getting franchised in different countries like Russia, Dubai, Berlin, Malaysia, Japan, and Mexico. Ryan’s company has also developed vehicles for the global brands like Nintendo, Virgin, and Microsoft.