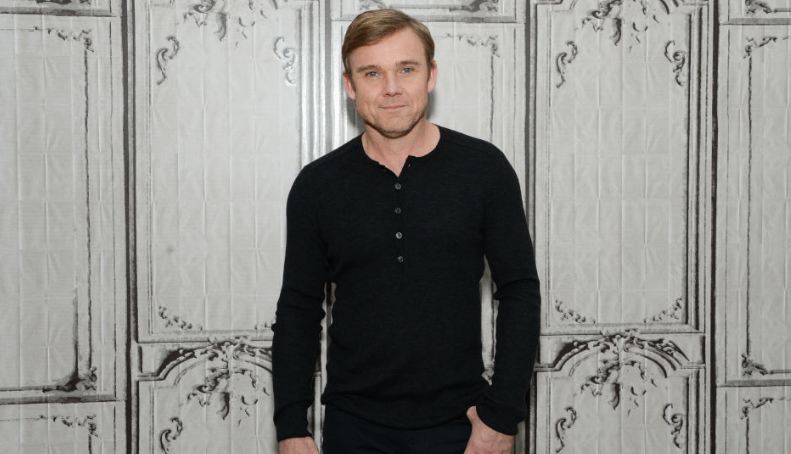 Ricky Schroder, an American actor, and film director is one among the few artists who rose to fame beginning their career as a child artist. These guys are often considered lucky, as they started to earn fame and money from a young age, but the actual truth is that they are where they are not because of luck but hard work.

Perhaps you know a thing or two about Ricky Schroder, however, how well do you know about him? For instance, how old is he? How about his height and weight, moreover his net worth? In another case, Ricky Schroder might be a stranger, fortunately for you we have compiled all you need to know about Ricky Schroder’s biography-wiki, his personal life, today’s net worth as of 2021, his age, height, weight, career, professional life, and more facts. Well, if your all set, here is what I know.

Richard Bartlett Schroder, Jr. was born on April 13, 1970, in Brooklyn, New York. His parents Daine and Richard Schroder were employees of AT&T, and his mom used to take him to photo shoots when he was just three months old. Schroder, by the age of 6 had appeared in 60 advertisements and many catalogs. He has a sister whose name is Dawn.

He was reportedly removed from school by his parents when he was in the third grade as he was busy in acting. He made his film debut through The Champ in the year 1979 for which he won the Golden Globe Award for Best New Male Star of the Year.

Ricky was married to Andrea Bernard (1992-2016), whom he met in Canada while shooting for Blood River. The couple has four children namely Holden, Luke, Cambrie, and Faith.

Apart from films and series, Schroder actively supports auto racing, and he is a member of Racing for Kids. He has extensively promoted child care and currently builds water wells in Guatemala through Well of Hope.

Ricky featured in the TV series Silver Spoons that was aired from 1982 to 1987. This series brought him to the limelight, and after its conclusion, Ricky struggled hard to prove himself as a promising actor as the offers he received after Silver Spoons were mediocre. Return to Lonesome Dove gave him an essential break he needed and after that, he starred in many famous series such as NYPD Blue, Scrubs, Strong Medicine, and 24.

Apart from acting in movies and TV series, Schroder has directed four films namely Black Cloud, Locker 13, Hellhounds, and Our Wild Hearts. He also starred and directed the music video for Whiskey Lullaby for which he won the Best Music Video Award at the Nashville Film Festival in 2005 and Director of the Year award at the 2005 CMT Music Awards.

Ricky was nominated for Best Juvenile Actor and Best Young Actor in 1980 for his roles in The Champ and The Last Flight of Noah’s Ark respectively. He has won the Young Artists Awards twice for his performances in The Earthling and Silver Spoons. In 1990 he was nominated for Best Actor-Miniseries or TV Film at the Golden Globe Awards for his role in The Stranger Within.

Being an actor for about four decades his career has garnered him much wealth. It is said that he bought a large piece of land in Colorado when he was acting in TV movies. According to richest.com, he sold his 15,000 acre land in Colorado in 2006 which earned him $27 million.

We conclude our article hoping that it gave you the information you came in search of. While leaving this page take back with you, the good deeds done by Ricky to promote child care along with the data about his earnings and net worth.