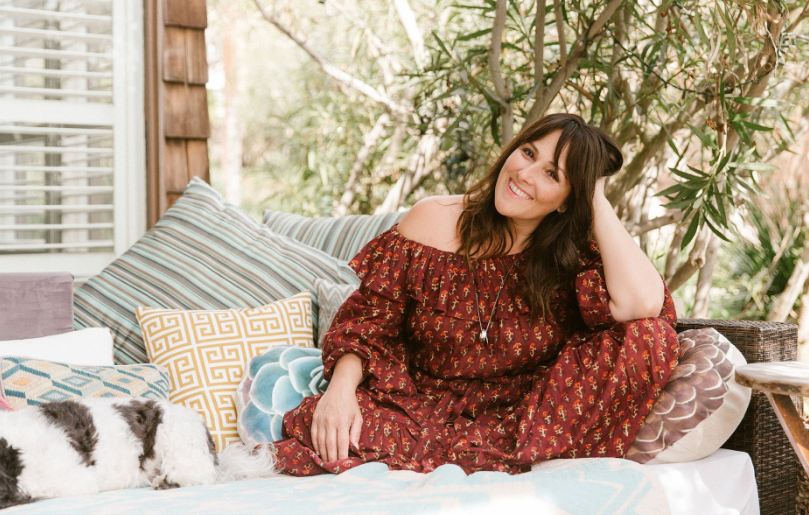 Ricki Lake is a well-known American actress who is also a producer as well as a TV presenter. She mainly rose to prominence for her internationally broadcasted daytime talk show which ran for around ten years.

Ricki Pamela Lake was born on September 21, 1968, in Hastings-on-Hudson village in New York, United States. Her father Barry Lake worked as a pharmacist, while her mother Jill Lake was responsible for building the house. Information says that she has one sister, her name is Jennifer Lake and she was born in 1969 so she’s younger than her.

Ricki Lake’s paternal grandmother Sylvia Lake was mostly responsible for raising her until Sylvia passed away in 1978 when Ricki was around ten years old. She completed her early schooling from the Hastings High School, and she attended for around one year the Ithaca College. She might also have had some time at the Professional Children’s School.

Ricki Lake has been into two marriages, divorces and had children that we know of and that is confirmed. She was first married to the illustrator Rob Sussman for around ten years. They got married in 1994, filled for a divorce in 2003 and it ended the next year. Ricki and Rob are the parents of 2 sons, Milo Sebastian Sussman who was born on August 22, 1997, and Owen Tyler Sussman was born on June 18, 2001.

Ricki Lake’s second marriage was to Christian Evans. They got married in 2012 after around three years of dating, and their divorce was finalized in 2015. Christian passed away in 2017.

Ricki Lake made her debut film acting role in the 1988 comedy film “Hairspray”. Her early series work included in the animated “Gravedale High” and the dramatic “China Beach”. Her daytime talk show is the most important work she ever did, and she gained a lot of success for it.

For the awards, Ricki Lake has a few awards wins and nominations. She won a Daytime Emmy Award and a Streamy Award, as both awards were for “The Ricki Lake Show” and “Easy to Assemble”. Furthermore, she also won the Sweden Aftonbladet TV Prize for Best Foreign Female TV Personality.

Ricki Lake latest acting work including the mystery thriller film “Gemini” starring her along with Lola Kirke, Zoë Kravitz, John Cho and others, and a drama musical titled “Hairspray Live!”.

As of 2022, The American actress, producer and TV presenter Ricki Lake has an estimated net worth of somewhere around $20 million. She earned her millions and her wealth from the work she does in the entertainment industry as an actress, TV presenter and host. Ricki Lake probably earned a lot for her daytime talk show.

Ricki Lake is a very popular name in the entertainment industry. She has more than 40 credits as an actress in films and series, and she still doesn’t really have any 2018-2019 acting roles to mention. Ricki Lake is probably single now after she got divorced from her second husband Christian Evans who passed away last year.