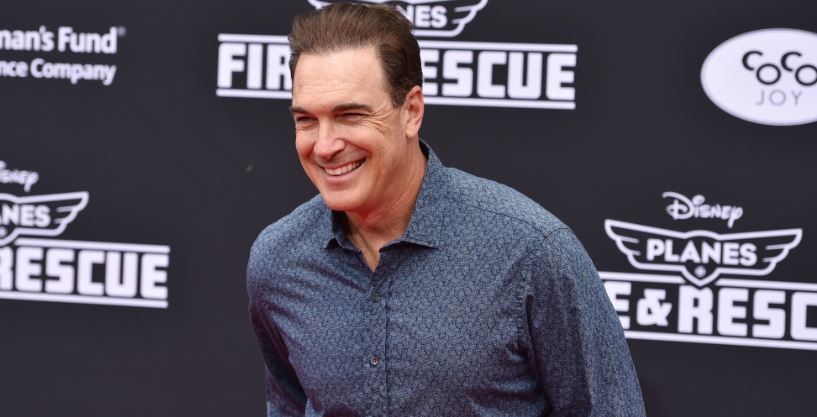 Patrick Warburton is an American actor who rose to fame through the 1989 television series Seinfeld playing the character David Puddy. He later played the titular role in the sitcom The Tick and has been a prominent actor in many television shows since then. Patrick is also a talented voice artist who has lent his voice for some of the famous characters such as Kronk in The Emperor’s New Groove, Joe Swanson in Family Guy, Agent T in Men in Black 2, etc.

Patrick John Warburton was born on November 14th in the year 1964, in Paterson, New Jersey, the United States to actress Barbara Lord and John Charles Warburton, an orthopedic surgeon. He had three sisters namely Mary, Lara, and Megan and was raised in Huntington Beach, California.

Initially, Patrick attended the Jude Catholic School and the Saints Simon School but later studied at the Servite High School and Newport Harbor High School. He joined the Orange Coast College to study marine biology but could not complete his degree as he dropped out of the college to pursue a career in acting.

The marriage life of Patrick Warburton is quite a sweet and simple one. He got married to Cathy Jennings in the year 1991, and the couple is blessed with four children namely Talon, Alexandria, Shane, and Gabriel among whom Talon is also an actor himself.

Patrick made his acting debut in 1986 appearing in an episode of the television drama series The Paper Chase as a pool boy. The following year he made his film debut in the movie Dragonard, and his breakthrough role came in the form of David Puddy on Seinfeld which ran from 1989 to 1998. In 2001, he starred in the Fox channel sitcom The Tick which only ran for a span of three months.

Some of his other prominent voice roles include Kronk in The Emperor’s New Groove, Buzz Lightyear in Buzz Lightyear of Star Command, Mr. X in The X’s, and Sheriff Bronson Stone in Scooby-Doo! Mystery Incorporated. Warburton’s notable movies list includes Camouflage, Men in Black II, Home on the Range, Ted, Underdog, Ted 2, The Civilization of Maxwell Bright and Austin Found.

His performance in the film The Civilization of Maxwell Bright earned him a New York VisionFest Outstanding Achievement Award, a Boulder International Film Festival Award, and a Beverly Hills Film Festival Award. He has also lent his voice for some of the famous video games such as Spider-Man, Skylanders, and Call of Duty.

Patrick Warburton’s Net Worth & Salary in 2022

He has been a prominent voice artist and an actor for more than two decades which has earned him a very good fortune. He also won the Poker Royale Celebrities Vs. The Pros poker tournament in 2005 which earned him $50,000. His house in California is valued at $1.8 million, and his average annual salary is said to be $1 million. He owns luxury cars such as Rolls Royce, Dodge, and Jaguar, and his net worth is $35 million as of 2022.

From a college drop-out to a man with a net worth of $35 million, the growth of Patrick Warburton reiterates the fact that “any decision taken from the heart will never lead to dismay.”