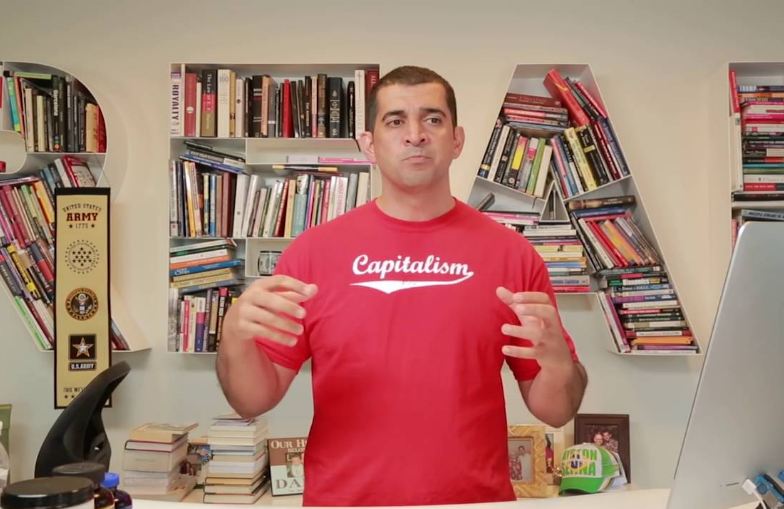 Patrick Bet-David is probably the only rising entrepreneur who always thinks about the growth of the next generation. Being a successful businessman himself, Patrick is known for his motivational videos and books that canvas youngsters to begin a career on their own rather than working for a company. The Iranian-American has also hosted many shows and podcasts that illuminate youngsters to deal with their careers.

Patrick Bet-David was born on October 18, 1978, in Tehran, Iran. Patrick along with his father left Iran during the Iran-Iraq war in the late 1980s. They spent two years at a refugee camp in Germany and moved to the USA in 1990. After completing high school, Patrick went to serve the US Military enrolling himself into the 101st Airborne.

Patrick married his wife Jennifer Bet-David on June 6, 2009. Jennifer is said to be his longtime girlfriend, and the couple together have two sons and a daughter. Patrick is very much active in social media, and he frequently posts pictures with his wife and family.

Post military services, Patrick went on to work for two companies before launching his own firm. His exposure to financial services inspired him to start his own firm PHP Agency Inc. It is an insurance and marketing company founded by Patrick before turning 30 years old.

He also wanted to assist youngsters in shaping up their careers, as he wants them to be their own bosses, rather than working for others. Patrick is also a man who wants to change the usual path of approaching one’s career.

He also established a media brand titled Valuetainment which contains inspirational and educational videos. He has done many interviews with celebrities such as Magic Johnson, Mark Cuban, Steve Wozniak, and Robert Kiyosaki. Some of the famous books written by him include The 25 Laws for Doing the Impossible, Drop Out and Get Schooled, and The Next Perfect Storm.

Having established the PHP Agency, the Valuetainment Media LLC, and a YouTube channel with more than 450,000 subscribers, the successful entrepreneur has already earned quite a good fortune in a relatively small time. His current net worth is $80 million as of 2021.

If you are one among those who could still not figure out how to set up a career, kindly have a look at the videos of Patrick, and if you are the one who is already settled in life with a very satisfying career, then kindly help your fellow people to achieve it, as Patrick does.