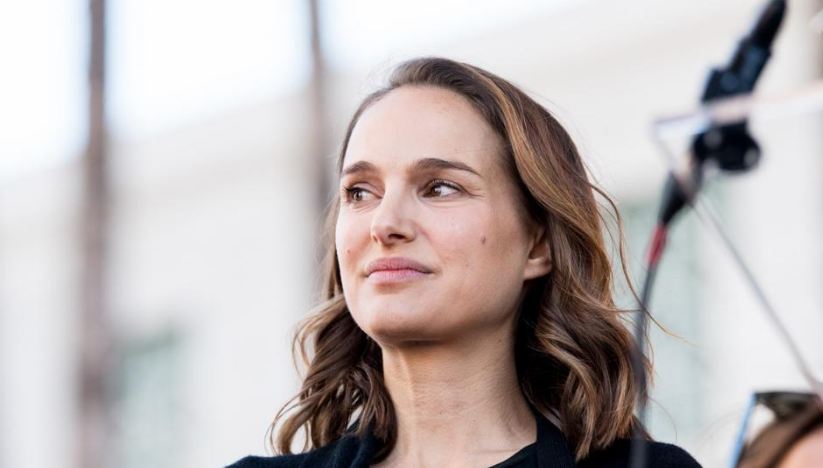 Natalie Portman was born to Jewish parents in Jerusalem on June 9, 1981. Her original Hebrew name is Neta-Lee Hershlag. Her parents, mother Shelley and father Avner Hershlag, met at Ohio State University and were married when they returned to Israel. When Portman was three years old, they returned to the US again. This makes Portland a citizen of both Israel and the US.

Portman started learning dancing since she was four years old and also performed in local troupes. She schooled at a Jewish Day School in Maryland. In 1999, she graduated from Syosset High School in Long Island. She also studied ballet and modern dance at the American Theater Dance Workshop, New York, and attended the Usdan Center for the Creative and Performing Arts. Later she graduated from Harvard University with a BA in psychology, in 2003.

Although Natalie Portman had dated a folk singer earlier; she started dating French ballet dancer Benjamin Millepied in 2009. He was the choreographer for the film Black Swan. In 2010, they announced their engagement when Portman also announced her pregnancy.

In August 2012 they finally got married according to Jewish rites in California. The couple has a son and a daughter. In 2014, the family moved to Paris after Millipied accepted the position of director at Paris Opera Ballet; but returned to Los Angeles in 2016.

Portman is a vegan since her childhood and has been an advocate of environmental causes. She supports several organizations having such objectives of promoting vegetarianism and working for environmental issues. She has also campaigned against sexual harassment and supported the #MeToo campaign.

In 1992, when she was ten years old, she auditioned for a Broadway show Ruthless! Where she and Britney Spears made it to the finals. In 1993, she made her film debut after she auditioned for the film, Léon: The Professional. Later she worked in several films like Heat; Everyone Says I Love You, and Mars Attacks! Her performance in Beautiful Girls brought her critical acclaim.

In 1997, Natalie Portman got the biggest break that she could wish for. She was cast as Padmé Amidala in the Star Wars trilogy of prequels. In May 1999, the first film, The Phantom Menace, was released to huge success at the box-office. Thereafter she appeared in a number of films, notably in Garden State and Closer. In the latter, her performance won her a Golden Globe and an Academy Award nomination.

In May 2005, the last of the trilogy, Star Wars: Episode III – Revenge of the Sith, was released to stupendous success. It turned out to be the highest grossing film of the year. In 2006, for the film V for Vendetta, Portman had her head shaved. She also hosted television comedy show Saturday Night Live, and featured in romantic-drama My Blueberry Nights.

In 2007, she appeared in Paul McCartney’s music video Dance Tonight and co-starred in the short film Hotel Chevalier. In 2008, she made her directorial debut with Eve, a short film which was screened in the Venice Film Festival. In 2009, she starred in Brothers. She also appeared in a commercial called Greed, directed by Roman Polanski, the renowned film director.

In 2010 film Black Swan, Portman played the role of a young ballerina. For this role, she underwent almost eight hours of dance training every day for six months and had to lose 10 kg of her weight. She won the Golden Globe Award, the Academy Award, and the Screen Actors Guild Award.

In 2011, Portman co-starred with Ashton Kutcher in the film No Strings Attached, and she was also an executive producer of the film. She then starred in Your Highness. She also reprised her role in Thor: The Dark World.
In April 2012, Portman starred along with Johnny Depp in Paul McCartney’s music video, My Valentine. She also appeared in the Western film Jane Got a Gun.

In 2015, at Cannes Film Festival her directorial debut film in which she also starred and wrote the script, A Tale of Love and Darkness was premiered.

In 2016, Portman played the title role in Jackie, a biopic on Jacqueline Kennedy. For her performance, she was nominated for the Academy Award, Golden Globe Award, and BAFTA Award. In 2018, Portman starred in the science fiction film Annihilation, which won her critical acclaim.

Natalie Portman’s Net Worth & Salary in 2022

Natalie Portman has not only acted in the highly successful Star Wars trilogy but also in the superhero Thor series of films. She is also a producer and director. She also started her own production company called Handsomecharlie Films, named in memory of her dog Charlie.

In 2010, Portman also signed up as a brand ambassador of Dior and appeared in its ads. She still has a long way to go in her journey of fame and success. Her Net Worth is believed to be in excess of $65 million as of 2022.

Natalie Portman was very clear from her childhood, what she would like to do. She loved dancing and acting since her school days. She even turned down an offer for a child model as she wanted to focus on her studies. She chose her on-screen roles with informed aplomb and worked hard to get into the characters. She learned and practiced ballet for her role in Black Swan. No wonder she is one of the most promising and successful female stars in Hollywood today.