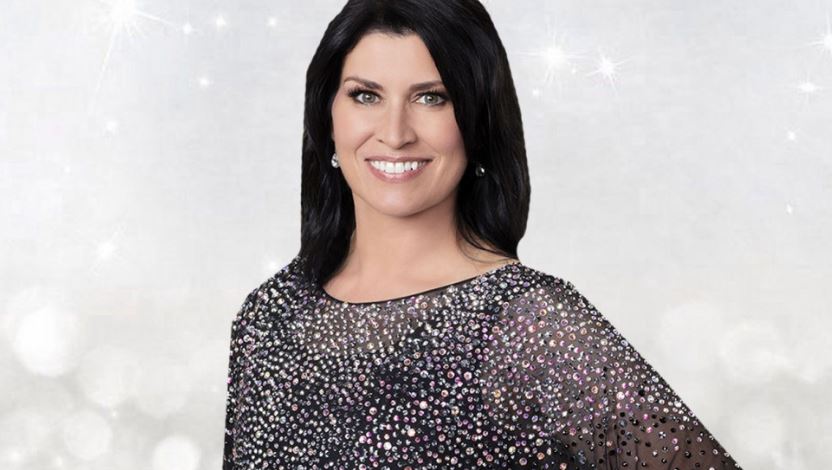 Nancy McKeon is a popular American actress, and she is well known for her role in the sitcom The Facts Of Life. She is also known for taking part in Dancing with the Stars. She appeared in various commercials and soap operas.

Nancy McKeon was born on 4th April 1966 in New York. She started her career when she was two in a catalog modeling baby clothes. Her elder brother is also into acting. She grew up as a Roman Catholic, and her family moved to Los Angeles where she spent her childhood and teenage. She along with her brother did over 65 commercials in just seven years.

In 2003, Nancy McKeon got married to Marc Andus. They have two daughters named Harlow and Aurora. But Andus is not the only guy whom this actress has been in a relationship with. She was in a romantic affair with Michael J. Fox from 1982 to 1985. In 1987, she started dating Michael Damian. However, the couple called it off in 1989. She was also in a relationship with Luc Robitaille in 1990. They dated for a year. She is currently a resident of Austin, Texas. Actor Philip McKeon is the brother of Nancy.

In the beginning, Nancy McKeon used to appear in commercials. She then starred in the soap operas ‘Another World’ and ‘The Secret Storm’. In 1977, she was seen in the television series ‘Starsky & Hutch’. This was followed by appearing in ‘Stone’. In 1980, she lent her voice in the TV series ‘Thundarr the Barbarian’. From 1980 to 1988, the actress portrayed the role of Jo Polniaczek in ‘The Facts of Life’. The role made her win three Young Artist Awards and a nomination for the TV Land Award. She has also voiced in ‘The Scooby and Scrappy-Doo/Puppy Hour’ and ‘The Puppy’s Further Adventures’.

In 2001, McKeon was seen in ‘The Division’. The role made her receive three nominations for the Prism Awards. Her other television credits include ‘Sonny with a Chance’, ‘Can’t Hurry Love’, ‘Style & Substance’, and ‘Touched by an Angel’. She has also appeared in many made for television films like ‘Return to Fantasy Island’, ‘The Puppy’s Great Adventure’, ‘Dusty’, ‘High School U.S.A.’, Strange Voices’, ‘Comfort and Joy’, ‘Love Begins’, and ‘Wild Hearts’. She has also voiced in TV films like ‘Miss Switch to the Rescue’, ‘The Puppy Saves the Circus’, ‘Scruffy’, and ‘The Trouble with Miss Switch’.

For her role in ‘A Wakening’, McKeon has won the Macro Island Film Festival 2000 award in the categories of Best Short Drama and Best First Short Film. The awards were titled as the Crystal Palm Award and Audience Award. Apart from appearing in many television shows and television films, the actress has also appeared in movies. In 1991, she was seen in the film ‘Where the Day Takes You’ as Vikki. In 1994, she appeared in the movie ‘Teresa’s Tattoo’. The following year, she was seen as Melanie Brooke in the movie ‘The Wrong Woman’. This was followed by starring in the film ‘Just Write’ in 1997.

How much net worth do you expect from a popular American TV actress? Well, she has a net worth of over $7.5 million as of 2022. She had also acted in some movies. But she has earned more from TV series especially the Facts of Life from 1980 to 1988. She took part in Dancing with the Stars in 2018 and earned a lot. But early on, she earned a lot from TV commercial as a baby artist.

Nancy McKeon took a break of seven years from 2011. She made a comeback in 2018 by taking part in Dancing with the Stars. She currently lives in Texas and popular for her quiet personality and green eyes.