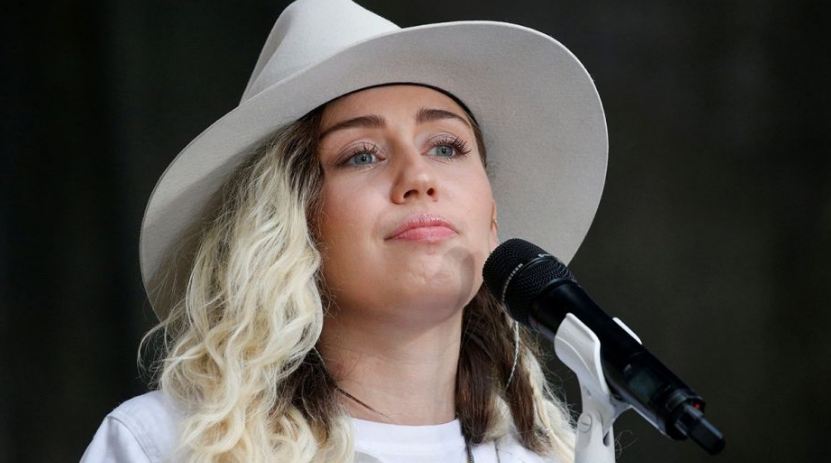 This “Hannah Montana” teenage star is known more for her controversially revealing photo shoots than her acting or singing on stage. She seems pretty hitched with controversy itself at every turn. Sometimes she claims she is a bisexual and on other occasions, she declares herself a pansexual.

Her weird onstage dance moves are hated by the critics but loved by her fans and rumors have it that she will be buying a private island with her boyfriend, Liam Hemsworth. Ah! You got it. She is Miley Cyrus, an actress, singer and most loved teen idol.

Miley Ray Cyrus was born in the early 90’s on the 23rd of November, 1992 in Franklin, Tennessee. Her parents are Tish and Billy Ray Cyrus. She went to Heritage Elementary School. Miley has four siblings: Braison, Noah, Trace, and Brandi. Later on, she was tutored by a private tutor.

Miley has a long list of affairs. She has dated Nick Jonas, Justin Gaston, and Carter Jenkins. She was engaged to Liam Hemsworth, but the engagement was called off. She later dated Patrick Schwarzenegger from 2014 to 2015. She soon announced that she is a bisexual and began dating Stella Maxwell, a Victoria Secret Model. Once again Liam and Miley revived their old relationship in 2017 giving birth to hoaxes that they are even married.

Miley first appeared in a TV series, “Doc,” but it was the role of Young Ruthie in “Big Fish” which caught the attention of the people. She shot to fame with Disney’s “Hannah Montana” and soon began to be revered as a “Teen Idol.” Her song was released by Disney garnering a sale of 3 million copies. The success led to the signing of a deal with Hollywood Records. She released “See You Again” which sold around 2 million copies. Her singing career saw a turn with “Breakout” coming third on the Billboard 200.

She began the “Wonder World Tour” where she performed for the British Royalties. She tried to change her teen image with the commercially failed “Can’t Be Tamed” and “Who Owns My Heart.” Meanwhile, she starred in “LOL” and “So Undercover.” She came out of her career lows with “We Can’t Stop” which was a commercial hit. In 2017, she released a single “Malibu” which was in top 10 on the Billboard Hot 100. She has announced her seventh studio album on which she is currently working.

Miley has bagged various awards, like the MTV Artist of the Year, World Music Award, and MTV Video Music Award. She has also been nominated for the Golden Globes.

As of 2022, Miley Cyrus has a total estimated net worth of $200 million. The significant chunk of the earnings come from the sale of copies of her albums and tours that she undertakes. She also endorses a number of brands. The endorsements she does alone have pitched in around $76 million. She also collected $201 million from her sold out concerts. Other estimations suggest that her entire life’s earnings go beyond $360 million. She earned $25 million through digital downloads. She was given $13 million to judge “The Voice.” She has also worked in movies like “The Last Song” which earned over $89 million. She is one of the wealthiest artists.

Miley Cyrus does not suffer from the syndrome called “What others will say.” She is wild as she sings “Can’t Be Tamed.” Miley likes what her fans like or instead whatever she does, her fans love it. She is also an icon in the eyes of teens.