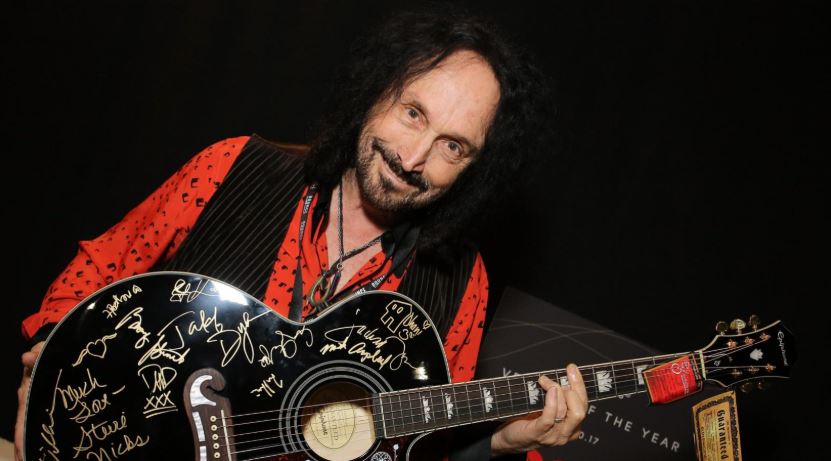 Mike Campbell is an American guitarist who rose to popularity as a member of the Tom Petty and the Heartbreakers. Campbell has not only played guitar for the band but has also written many of their successful tracks such as Refugee, and You Got Lucky along with Tom Petty. He joined the Fleetwood Mac in 2018 as their lead guitarist replacing Lindsey Buckingham.

Perhaps you know a thing or two about Mike Campbell, however, how well do you know about him? For instance, how old is he? How about his height and weight, moreover his net worth? In another case, Mike Campbell might be a stranger, fortunately for you we have compiled all you need to know about Mike Campbell’s biography-wiki, his personal life, today’s net worth as of 2022, his age, height, weight, career, professional life, and more facts. Well, if your all set, here is what I know.

Michael Wayne Campbell was born on February 1, 1950, in Jacksonville, Florida, the United States. He attended the Jean Ribault High School and graduated from the school in 1968. Campbell was a roommate to drummer Randall Marsh, and when Marsh attended an audition to join Tom Petty’s Mudcrutch, he came to know that the band is in need of a guitarist and suggest Tom to try Campbell. Campbell impressed Tom Petty with his music and was immediately taken into the band.

Mike Campbell married his wife Marcie Weiss on March 24, 1974. The couple has been together since then and is blessed with two daughters and a son namely Brie, Kelsey, and Darian. His daughter Kelsey sang the song Zombie Zoo in Tom Petty’s solo album Full Moon Fever.

In 1974, Mudcrutch signed a deal with Shelter Records moving to Los Angeles but broke soon after the release of an unsuccessful single. Campbell and Tom Petty joined together once again in 1976 forming the band Tom Petty and the Heartbreakers with former Mudcrutch members Benmont Tench, Ron Blair, and Stan Lynch.

Campbell has also written and played for artists such as Don Henley, Johnny Cash, Warren Zevon, Bob Dylan, and many others. He joined the reformed Mudcrutch in 2007 and in 2008 he played banjo for the track Love Song by The Dandy Warhols.

Campbell has been associated with Tom Petty for over five decades, and his last performance with Tom was on September 25, 2017, in Los Angeles. He was named in the Rolling Stones’ list of Top 100 Guitarists in 2011and in 2018 Fleetwood Mac announced that Mike Campbell would be their lead guitarist along with Neil Finn replacing Lindsey Buckingham.

As of 2022, The net worth of Mike Campbell is more than $60 million. Though most of the money is destined to reach Petty’s bank, his band members were also paid sufficiently to lead a luxurious life. The guitarist bought an investment property in 2017 for $1.3 million, and his annual earnings are expected to be around $8 to $10 million. His estimated net worth is $60 million.

Mike Campbell has been a successful guitarist for nearly five decades, but still, he is competing with the new generation musicians with enough fuel in his tank which clearly showcases his love and passion for the art.