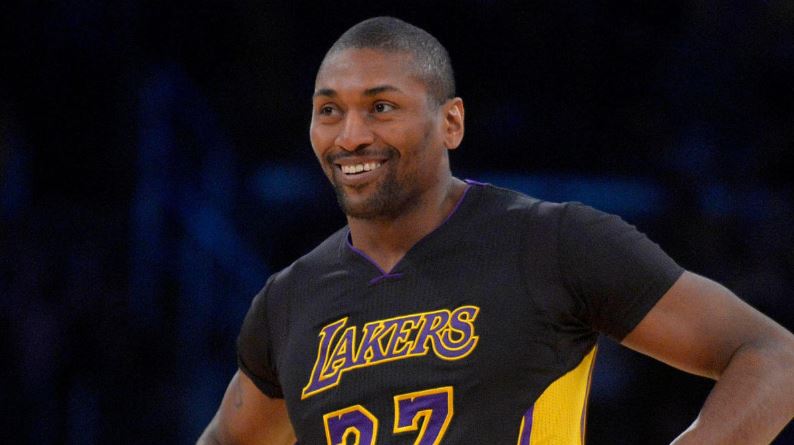 Metta World Peace is a well-known professional basketball coach and entrepreneur from the United States of America, who was a former player and who held the name of Ron Artest. He received various honors and accolades throughout his career.

Metta World Peace birth name is Ronald William Artest, Jr. He was born on November 13, 1979, in Queens borough in New York City, United States. His father’s name is Ron Artest Sr., and his mother’s is Sarah Artest, but there’s no other information about them.

Metta World Peace was mainly grown and raised in his hometown, in Queensbridge houses. He completed his education at the La Salle Academy, and then he went to study mathematics at the Queens Campus of St. John’s University. What’s confirmed is that he is the oldest of 2 brothers, Daniel Artest and Isaiah Artest, but he also has 2 more brothers and 3 sisters whom might be his step siblings.

Ronald William Artest, Jr. changed his name officially to Metta World Peace in 2011. He seems like a sensitive personality, and he’s been into several relationships. He was first married to Kimsha Artest for around 6 years ending with a divorce in 2009, 1 son and 2 daughters, Ron Artest III, Diamond Artest and Sadie Artest. He also had a relationship with Jennifer Palma, with whom he had his son Jeron Artest.

Metta World Peace was picked by the Chicago Bulls in 1999. After a great time with the team, they traded him along with other players for basketballers from the Indiana Pacers and a draft pick. He played with the Sacramento Kings and then he was traded to the Houston Rockets. Metta joined the Los Angeles Lakers in 2009 and played with them until 2013. Then, he joined the New York Knicks followed by playing at the Chinese Basketball Association for the Sichuan Blue Whales and then for the Italian Pallacanestro Cantù. Metta went back to the Los Angeles Lakers in 2015.

Metta World Peace has received various awards which were mostly under his previous name, Ron Artest. He was honored with the NBA All-Defensive Team, NBA All-Rookie Team, Defensive Player of the Year, among many great awards.

Metta World Peace recent work would be with the South Bay Lakers professional basketball team. He works with them as their player development coach since he was hired in 2017. In 2018, he played in the BIG3 league which Ice Cube co-created and asked him to play under his old name, Ron Artest.

The American professional basketball coach, entrepreneur and former player Metta World Peace has an estimated net worth of somewhere around $40 million as of 2022. He made his wealth of tens of millions from his work in the basketball field. Metta World Peace annual earnings used to reach over $1 million when he was a player, but his current salary as a coach is not confirmed.