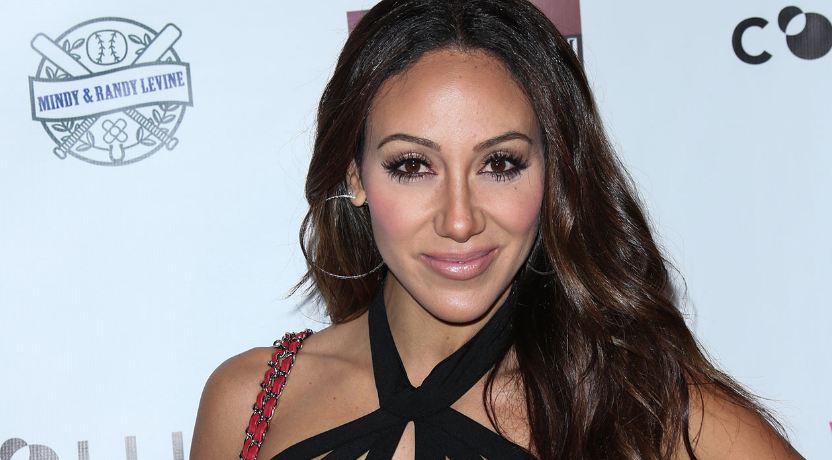 Melissa Gorga is an American reality show celebrity who rose to fame through the reality TV series The Real Housewives of New Jersey. She is also a singer, author, and a businesswoman known for her boutique Envy by Melissa Gorga.

Melissa was born on March 21, 1979, in Montville, New Jersey, United States. She is an Italian descendant who spent her childhood days in Toms River, New Jersey. She graduated from the New Jersey City University in B.A. Elementary Education. Her father Anthony John Marco died in a car accident when Melissa was 17 and Melissa recalls that as a haunting moment in her life when her mother Donna Marco called her over the phone and cried that her father died in an accident. Melissa has two sisters who are 12 and ten years elder to her. Melissa was a cheerleader during her high school days and has worked as a cocktail waitress during her college days to support herself financially.

Melissa married Giuseppe “Joe” Gorga in 2004. Joe was also a cast member of The Real Housewives of New Jersey and the brother of Teresa Giudice who also appeared in the same show. The couple has three children namely Antonia, Gino, and Joey.

Melissa came to limelight through her appearance in the reality TV series The Real Housewives of New Jersey in 2011. She was very much interested in singing which made her husband set up a studio in their home so that she can produce her own albums. She released her first single On Display in 2011 over iTunes. She also released How Many Times and Rockstar over iTunes in 2012, and the tracks were well received.

She collaborated with hip-hop artist Santino Noir and released her fourth single I Just Wanna in September 2011. Melissa owns a jewellery line Melissa Gorga Collection which was opened in 2014. In 2015, she opened her clothing boutique Envy by Melissa Gorga which was temporarily close in 2017 for a month after a rift with her partner Robinson. She also owns a restaurant Gorga’s Homemade Pasta and Pizza along with her sister-in-law Teresa Guidice in East Hanover, New Jersey. She published her first book Love Italian Style: The Secrets of My Hot and Happy Marriage on September 17, 2013.

Being a TV personality, singer, author, and an entrepreneur she has enjoyed a good fortune of wealth. It is said that she and her husband were suffering from a debt of $2.5 million in 2011 when they had a downfall in their business which they eventually overcame. She owns a house in New Jersey and her net worth is estimated to be -$1 million as of 2022.

Melissa said once in an interview that she has seen all ups and downs in life. She said that they were a wealthy family when her father was alive and suddenly everything changed when he died. Her family was pushed to rags from riches, and Melissa once again pulled them back to the riches with her hard work and dedication.