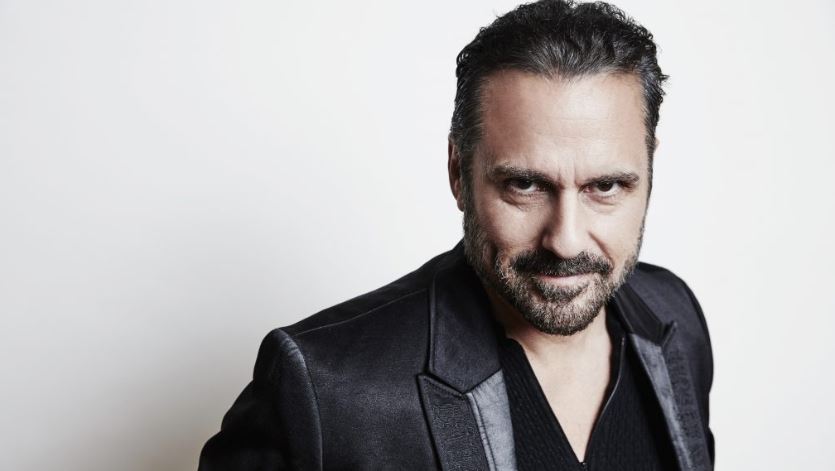 Maurice Benard is a famous American actor. He is most renowned for appearing as Michael “Sonny” Corinthos Jr. in the ABC’s network television series, ‘General Hospital.’

Perhaps you know a thing or two about Maurice Benard, however, how well do you know about him? For instance, how old is he? How about his height and weight, moreover his net worth? In another case, Maurice Benard might be a stranger, fortunately for you we have compiled all you need to know about Maurice Benard’s biography-wiki, his personal life, today’s net worth as of 2022, his age, height, weight, career, professional life, and more facts. Well, if your all set, here is what I know.

Maurice Benard (Mauricio Jose Morales) was born on 1st March 1963 in Martinez, California, the US. Maurice’s mother, Martha was a banker and his father, Humberto Morales was a superintendent of a bakery. Maurice Bernard’s ethnicity includes Salvadorian and Nicaraguan. Maurice Benard was brought up in San Francisco, California.

On 11th August 1990, Maurice Benard and Paula Smith got married, and they have four children. They are Cailey Sofia (b. 18th September 1994), Cassidy Rose (b. 18th April 1999), Joshua James (b. 5th December 2004) and Heather Ann (adopted 20th April 2008). After Paula’s sister passed away, the couple adopted her daughter. Maurice’s cousin, Marvin Benard was a professional baseball player.

Maurice Benard enacted Desi Arnaz in CBS’s television movie ‘Lucy & Desi: Before the Laughter’ (1991). Other notable movies include ‘Crystal Clear,’ ‘Mi Vida Loca,’ ‘Restraining Order,’ ‘Ruby,’ ‘The Ghost and the Whale,’ ‘The Penny’ and ‘To Face Her Past.’ Maurice and his wife, Paula first produced the independent movie ‘The Ghost and the Whale’.

Another famous character Maurice Benard has played is Sonny Corinthos who like him suffers from Bipolar Disorder. Maurice Benard has enacted in several movies and the wealth acquired has added to his net worth. He and his wife Paula also served as the executive producers of the independent movie ‘‘The Ghost and the Whale’.