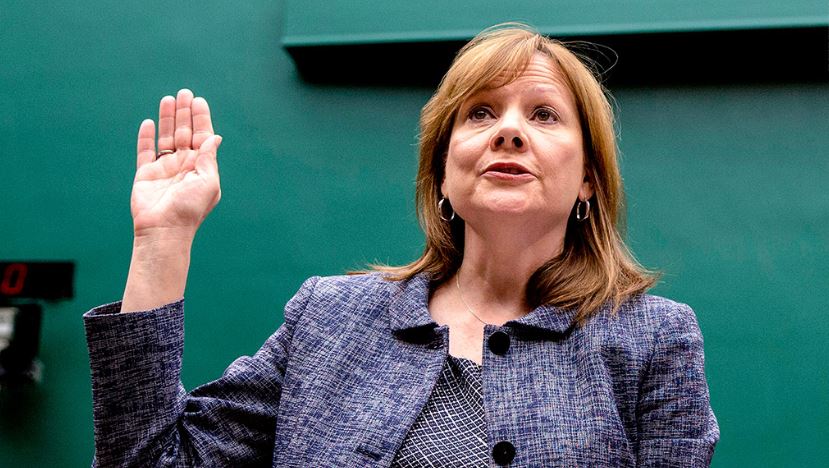 Mary Barra, the Chief Executive Officer of General Motors Company since 2014 and is the first woman to become the CEO of a major global automobile company. Mary has been associated with the company from the age of 18 and has featured in the list of most powerful women by Forbes and Fortune magazines.

Mary Teresa Makela was born on December 24, 1961, in Royal Oak, Michigan, the United States. She attended the Waterford Mott High School, and as her father was an employee at Pontiac, Mary also developed an interest for automobiles and started to work as goods inspector at General Motors when she was 18. She studied B.Sc. Electrical Engineering at the General Motors Institute and later studies MBA at Stanford Graduate School of Business.

Mary developed a relationship with Anthony E. Barra when she was at the General Motors Institute, and the couple got married after their college. They have two children namely Nicholas Barra and Rachel Barra.

Since Mary stepped into General Motors at the age of 18, she worked in many positions at the company including engineering and administrative positions. She also managed the Detroit/Hamtramck Assembly Plant, and in 2008, Mary was appointed as the Vice President of Global Manufacturing Engineering.

Under her governance, the company came up with new ideas and technology such as driverless automated car space and the manufacture of an electric car for $40,000 with a 200-mile range. In the year 2017, she was elected to the Board of Disney.

Mary has featured in Forbes’ Most Powerful Women list consistently for the past few years, and in 2017 she rose to 5th rank. She was ranked #1 in Fortune’s list of Most Powerful Women in 2015 and 2017 and in the year 2018, the Duke University awarded her an Honorary Doctorate.

The status of being the highest paid auto CEO in the world is no joke, and Mary Barra has proved the world that gender is not an obstacle to achieve in this world.