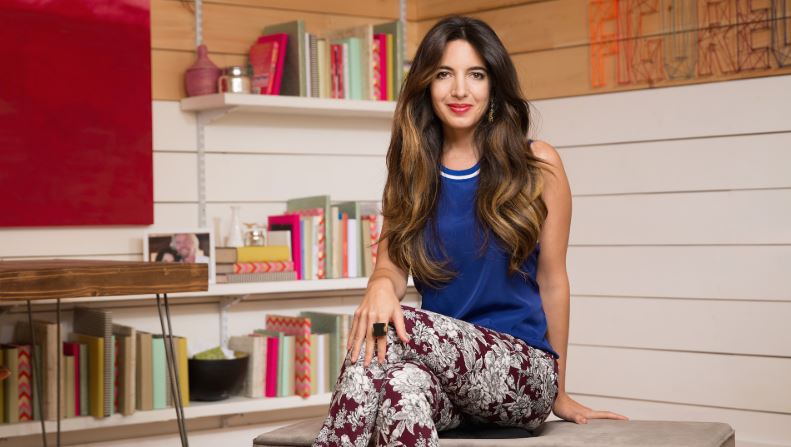 Marie Forleo is an American motivational speaker, author and the founder of Marie Forleo International, B-School and MarieTV. She is a famous figure over the internet for her transparent words that fill her listeners with optimism and gives them the energy they need to run towards their goal. Marie boasts audience for her show and speeches in 195 countries and her book has been published in 16 languages which clearly shows the wonderful reception she enjoys.

Marie Forleo was born on December 7, 1975, in New Jersey, the United States. Her official website says that she was born and raised in New Jersey and she cites herself to be a woman who is passionate about doing multiple activities that include dancing, writing, fitness, and creativity. She attended the Seton Hall University and graduated with a business finance degree in 1997. Information regarding her parents and siblings are not yet disclosed by her.

The personal life of Marie Forleo is also kept under her own roof, and she does not share much about them in public. She is married to Josh Pais who is an actor as well as an acting coach. The couple currently resides in New York.

Marie Forleo worked as a training assistant in a floor at the New York Stock Exchange after completing her degree. She left NYSE after several months and began working for the magazines Gourmet and Mademoiselle. She was not satisfied with a monotonous 9-5 job and started doing bartending, waiting tables and many other jobs that she found interesting.

She developed skills in giving motivational and life lessons to people and started to coach clients whom she befriended at her various odd jobs. In 2005, Marie became the first Nike Elite Dance Athletes which gained her even more clients.

She wrote a book to inspire women in 2008 which was published in sixteen languages. In 2009, she founded the Marie Forleo International, an establishment that provides personal development classes for aspiring entrepreneurs. In 2011, Marie launched her web television MarieTV through which she gave motivational speeches.

The success of MarieTV made her even more familiar, and Sir Richard Branson invited her to coach entrepreneurs at Centre of Entrepreneurship. She was also interviewed by Oprah Winfrey, and Tony Robbins and Oprah addressed Marie as “a thought leader for the next generation.”

Her successful career as a life coach, motivational speaker, an author, and a web TV host has amassed her huge fortune. The annual revenue generated by her company in 2013 was reported to be $11.4 million and given to her growing popularity; the figures are expected to reach $20 million this year. Her estimated current net worth is $6 million as of 2022.

Marie Forleo is truly an inspirational soul whose words can motivate even the most pessimistic man on earth. The Forbes listed her website in the top 100 websites for entrepreneurs which you will know why when you have a look at her website.