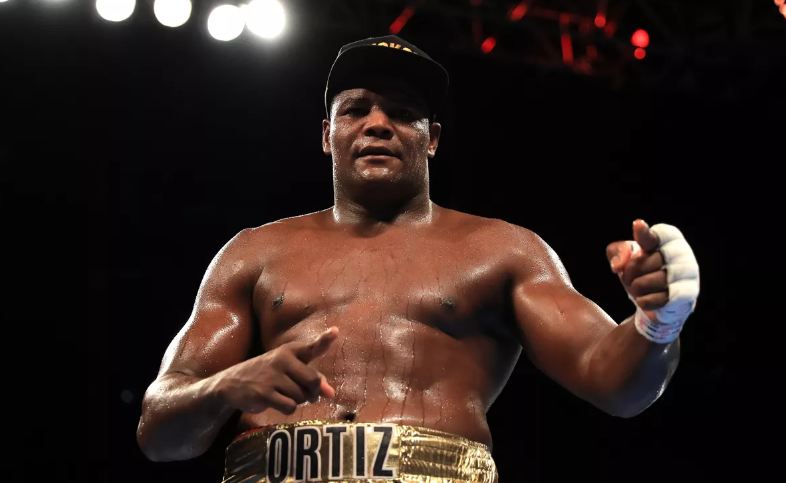 If you are a boxing enthusiast, you would have definitely heard about the King Kong. Yeah! That’s how he is fondly called by his fans. He is none other than the Cuban delight Luis Ortiz.

Perhaps you know a thing or two about Luis Ortiz, however, how well do you know about him? For instance, how old is he? How about his height and weight, moreover his net worth? In another case, Luis Ortiz might be a stranger, fortunately for you we have compiled all you need to know about Luis Ortiz’s biography-wiki, his personal life, today’s net worth as of 2022, his age, height, weight, career, professional life, and more facts. Well, if your all set, here is what I know.

Luis Ortiz was born on March 29, 1979, in Camaguey, Cuba. He was a member of the Cuban National Boxing Team for a long time but failed to succeed in the international stages. His won silver in the heavyweight category in the 2005 boxing world cup held in Russia. He has also won the Cuban National Playa Giron in the year 2006. Information about his childhood life and education is yet to be disclosed by the heavyweight champion.

Luis Ortiz is married and has three kids. The name of his wife and the year they got married could not be found. The couple is currently living together in Miami. Luis has two daughters and a son. His eldest daughter Lis was born with a skin defect epidermolysis bullosa, and Luis came to the US when she was four years old for her treatment. Luis has said that, when her daughter was born, the doctors said that they had to amputate one of her fingers as it had necrosis. Luis wanted to amputate his own finger if his daughter’s finger was to be cut so that he can convince her that she is born just like her father. But this doesn’t happen, and her condition was treated.

Luis Ortiz made his professional boxing debut when he was 30 against Lamar Davis in the tear 2010. He won the fight within eighty seconds by TKO. Then he went on to defeat Charles Davis, Kendrick Releford claiming the WBC FECARBOX heavyweight title, Zack Page, and Francisco Alvarez.

In October 2015, Luis won the vacant WBA interim heavyweight title against Matias Ariel Vidondo and retained it against Bryant Jennings in December. He has also won the vacant WBA inter-continental heavyweight title against Malik Scott in November 2016. In 2017, WBA gave him a 1-year ban as he failed a doping test. But, Luis was given a pass with a $25,000 fine after he proved that the substance he took was to treat blood pressure and not to enhance his performance. Ortiz lost his WBC heavyweight title to Deontay Wilder on March 3, 2018, which is his only loss till date.

His exceptional talent and determination have rewarded him with all the money he wanted in his life. He is considered to be one of the highest paid boxers of all time and has won numerous purses that range from $200000-$600000. As of 2022, The net worth of the Luis Ortiz is evaluated to be around $20 million.

The success of Luis Ortiz started the only afterlife pushed him into deep dungeons in order to cure the condition of his daughter. Though he would have felt dejected when he was in financial crisis to treat her daughter, it is that grave situation that motivated him and infested him the hunger to always win which once again proves the optimistic phrase “everything happens for a reason.”