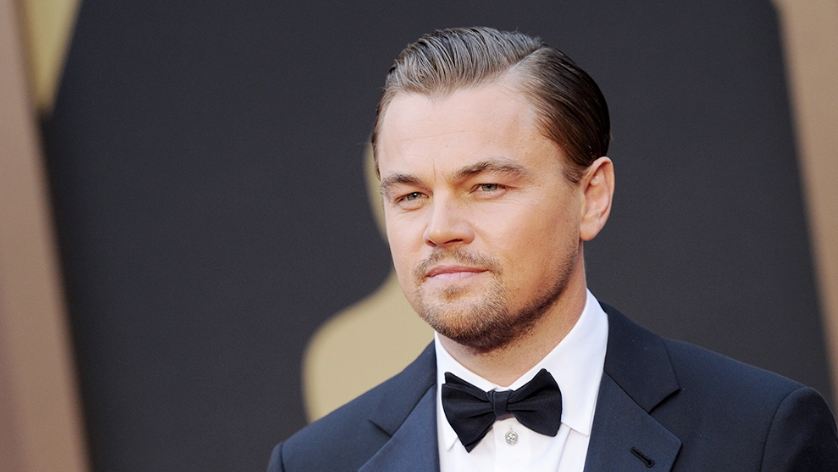 We all remember the time everyone on this planet was rooting for Leonardo to get an Oscar because he absolutely deserved it. Leo radiated such talent and charisma from the moment he stepped into Hollywood that he was never a budding star but a fully bloomed legend altogether.

Leonardo Wilhelm Dicaprio came into this world on the 11th of November, 1974. He was born in Los Angeles to Irmelin and George Dicaprio. His mother worked as a legal secretary while his father was a comic artist, producer, and distributor. His parents got divorced just a year after his birth, and after the separation, Leo started living with his mother.

He went to Seeds Elementary School for his primary studies and then moved into John Marshall High School. After procuring his GED (General Equivalency Diploma), he dropped out of his school in the third year. He was often at his maternal grandparents’ house in Germany and hence he is also well versed in the language.

When it comes to his love life, Leo has been connected with many women in and outside of the film industry but has never really settled with anyone. His current rumored girlfriend is a 20 years old American model named Camila Morrone.

Leonardo came into the showbiz at a very young age, but it didn’t turn out that well. In 1979, when he made his first appearance on the TV series for children called ‘Romper Room,’ he was removed from the set for being a chaotic kid. He appeared in numerous commercials afterward in his teen years including the ads for brands like Mattel, Bubble Yum, Kraft Foods, Apple Jacks, etc.

His debut role was that of Glen in two episodes of the TV show ‘The New Lassie’ which was broadcasted in 1989. However, he got his first solid role in 1990 when he appeared in ‘The Outsiders.’ Soon he was even featured in one episode of the famous ‘Santa Barbara’ as Mason Capwell. Finally that year he was taken up in the TV series created after the famous movie ‘Parenthood.’ The year 1991 saw his first debut film ‘Critters 3’. He continued with television through his role in ABC’s ‘Growing Pains.’ In 1992, he was chosen from over 400 teen actors to play alongside Robert De Niro in the film ‘This Boy’s Life.’ The film came out in 1993.

One of his iconic roles was that of an autistic child in ‘What’s Eating Gilbert Grape.’ Before his big success in ‘Romeo + Juliet’ in 1996, Leonardo appeared in many films including ‘The Quick and the Dead,’ ‘The Basketball Diaries’ and ‘Total eclipse.’ The same year, he played a supporting role of a troubled young boy in ‘Marvin’s Room.’ Then came his evergreen role of Jack Dawson in ‘Titanic’ which came out in 1997 and made Leo a global star. After this, he delivered back to back many box office hits like ‘Celebrity,’ ‘King Louis XIV,’ ‘The Beach,’ ‘Gangs of New York,’ ‘Catch Me if You Can’ etc.

The first ever movie production that he did was for ‘The Assassination of Richard Nixon’ which came out in 2004. The same year, he delivered another iconic role in the critically acclaimed ‘The Aviator.’ In 2005, he appeared both in ‘Blood Diamond’ and ‘The Departed,’ which were equally praised. In 2010 came ‘Inception,’ which proved to be his highest payday yet and the second highest grossing film of his after ‘Titanic.’ The audience and critics fairly received his next movies, ‘Django Unchained’ (2012) and ‘The Great Gatsby’ (2013). ‘The Wolf of Wall Street’ got released in the December of 2013 which also gained widespread acclaim. In 2015, his survival and drama film ‘The Revenant’ came out and garnered positive reviews from the critics.

Leonardo has received numerous awards in his career, some of which include the AACTA Awards, an Academy Award, Blockbuster Entertainment Awards, Golden Globe Awards, MTV Movie Awards, and many more!

Leonardo DiCaprio’s Net Worth & Salary in 2022

As of 2022, With his numerous movies, as an actor as well as a producer, Leonardo has garnered a considerable net worth of $275 million. His two highest grossing films, Titanic and Inception, earned net collections of $1.843 billion and $825 million respectively. Leonardo owns an apartment in the Battery Park City of New York as well as a house in Los Angeles where he mainly resides. Apart from this, he has also purchased an island on Belize. He has invested in the land in order to create an Eco-friendly resort for himself. He has also earned a lot as a producer apart from being an actor and owns several estates which increase his investments.

Leonardo DiCaprio has set the scales high up when it comes to acting. Whatever role he has to portray, he depicts its purest and rawest form leaving an everlasting impact on his audience. No doubt we all cried when he finally held that well deserved Oscar in his hands.