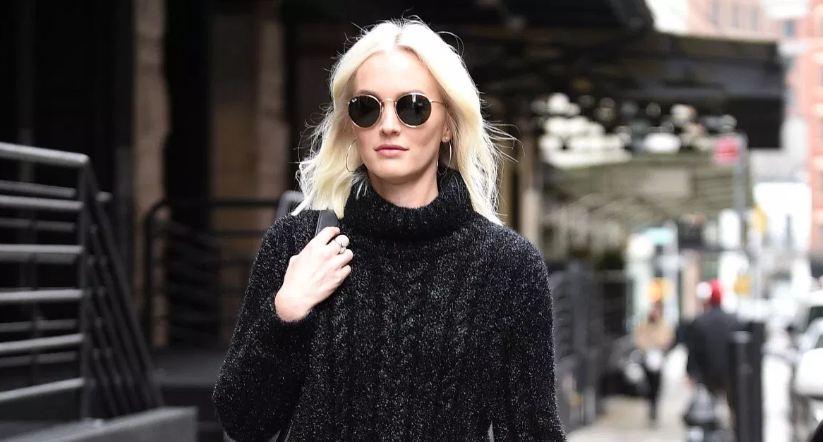 Leighton Meester is an actress, model, singer and songwriter from the United States of America. Her most popular acting role was starring in the teen drama series “Gossip Girl”, and one of her well-known movies is the comedy “That’s My Boy”.

Leighton Marissa Meester was born on April 9, 1986, in Fort Worth city in Texas, United States. Her father Douglas Meester worked as a real estate broker, and her mother Constance Meester worked as a writer. Both of her parents were in prison because they were involved in drugs smuggled from Jamaica to America. Leighton Meester has two brothers, Lex Meester and Douglas Meester.

Leighton Meester spent some time with her paternal grandparents when her parents were in prison. It was reported that her parents broke up and split in 1992. Leighton Meester was mostly grown in Marco Island in Florida before moving to New York around 1997 along with her siblings and her mother, and she moved to Los Angeles when she was 14 years old.

Leighton Meester has been married to the actor, writer, producer and musician Adam Brody since 2014. Leighton and Adam have 1 daughter together, her name is Arlo Day Brody, and she was born in 2015. The family is now living in Los Angeles.

Furthermore, Leighton Meester has been in relationships prior to her marriage with the Romanian American actor Sebastian Stan, and with actor Aaron Himelstein.

Leighton Meester had a very long court fight with her mother over how her mother used the money that was supposed to be used for her brother’s health problems.

Leighton Meester started her career modelling for Wilhelmina International Inc. Models. She worked for Ralph Lauren, Tamagotchi, Clearasil and Tween Brands. Leighton Meester made her debut acting work in an episode of “Law & Order”. Her most important work so far was probably on the teen drama series “Gossip Girl”. She also has one debut studio album which ranked at one on the US Heatseekers Albums chart, “Heartstrings”.

Leighton Meester has a few awards wins and nominations. For her performance in “Gossip Girl”, she won 2 Teen Choice Awards for Choice TV Actress in Drama. Leighton Meester also won awards for “Country Strong” movie and for “Like Sunday, Like Rain”.

Leighton Meester’s Net Worth & Salary in 2022

As of 2022, The American actress, model, singer and songwriter Leighton Meester has an estimated net worth of more than $7.5 million. She made her millions from her work as a model, from acting and from the music she released. Leighton Meester received around $3 million for endorsing a work by the fashion designer Vera Wang.

Leighton Meester is an American actress whose popularity has been growing continuously. She now has more than 60 credited acting roles in movies and series, as well as 1 studio album released in her credit. Leighton Meester is happily living with her husband and their child in Los Angeles.