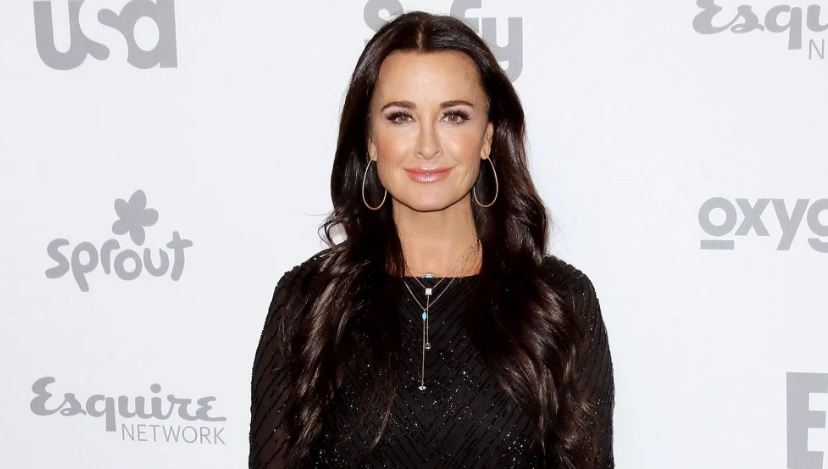 Kyle Richards is an American actress well known for her appearances in the Little House on the Prairie and The Real Housewives of the Beverly Hills. Not only an actress but Kyle Richards is also a philanthropist and a memoirist who published her first memoir in 2011. Kim Richards, Kathy Hilton, Paris Hilton, and Nicky Hilton are her sisters and nieces respectively.

Kyle Egan Richards was born on January 11, 1969, in Hollywood, California, the United States to Kathleen Mary Richards and Kenneth Edwin Richards. Her parents got divorced in the year 1972 after which her mom got married twice. Kathy Hilton is her older half-sister who was born from her mother’s previous marriage with Lawrence Avanzino. Kim Richards is her elder sister, who was a former TV actress. Nicky Hilton Rothschild and Paris Hilton are her nieces.

Kyle married her first husband Guraish Aldjufrie from Indonesia in the year 1988. Kyle was pregnant at the time of her marriage and was only 18 years old. She gave birth to her first daughter Farrah in 1988. In 1990, the couple got separated and got a divorce in 1992. In 1994, Kyle met with Mauricio Umansky, who was a real estate agent based in Los Angeles. On January 20, 1996, Kyle tied a knot with Mauricio and was four months pregnant at the time of her second marriage. The couple has three daughters Alexia, Sophia, and Portia.

Kyle started her acting career in 1974 through the TV police procedural Police Women. She appeared as Julie in its episode The Cradle Robbers after which she got the opportunity to act in the TV series Little House on the Prairie in 1975. Kyle featured in the series till 1982 appearing in 19 of its episodes.

In 1978, she made an appearance in the horror film Halloween, which has a cult fan base. She was noted for her performance in the 1980 movie The Watcher in the Woods in which she starred alongside Bette Davis and Lynn-Holly Johnson.

In 1984, she appeared in the American fantasy sitcom Down to Earth as Elizabeth ‘Lissy’ Preston. She got the opportunity to play the lead role in the 1989 horror film Curfew which released only in 2000 but failed to please the audience.

In 2003, she made her appearance in the reality TV show The Simple Life and since then has appeared in various episodes of the show. From 1998-2006, she has acted in 21 episodes of the medical television series ER.

In 2010, Kyle became a prominent member of the reality shows The Real Housewives of Beverly Hills along with her sister Kim Richards. She is still a member of the show and has appeared in over 130 episodes of the show.

She currently resides with her family in her Bel Air mansion which is said to be hosting seven bedrooms, a theatre, a pool, sports court, and a billiards room. The list of cars she owns includes Maserati GranTurismo, Porsche Panamera, and a Mercedes Benz S63. She is said to be earning a salary of $270,000 per season for her appearance in The Real Housewives of Beverly Hills. She also owns a fashion boutique which she established in 2012. Her estimated net worth is $55 million as of 2022.

Kyle is not only beautiful by the face she is way too beautiful by heart. Through the show the celebrity apprentice, Kyle raised $25,000 for charity purposes. She along with her husband has donated more than $100,000 to the Children’s Hospital Los Angeles which is why she enjoys the unconditional love for more than four decades.